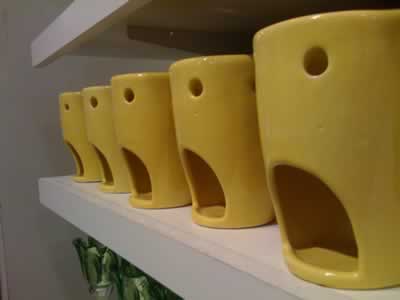 I am hesitant to even offer my thoughts, in the way of analysis, of the IAS event. The feedback that I received to Part I (offline) was typical of what my worst expectations would be for the effort. I was corrected, copy editor style, and reprimanded for not truly being a neutral reporter of the event. I find this kind of “meta-framing” to be fucking obnoxious and exemplary of something I see a lot in anarchist circles. If I am talking about you (your project, your effort, your ideas) that means that I am paying attention to you. Imagine all of the things that I could be talking about that I am not. My time is precious and I am choosing to spend it on reviewing an IAS event. I will never be a member (or invited) to the IAS. I will never be funded by or published by the IAS. I don’t share a lot of affinity with the politics of the group, as I understand them, and yet here I am, caring enough about the project to think about it and sharing those thoughts publicly. To parse the IAS to an audience that would otherwise ignore them (perhaps rightfully).

Instead of feeling complimented, or even honored, the response is that I am somehow “out of box” because my perspective of the IAS, and their presentation, is not the one that they have of themselves or that they would prefer the public to have of them.

This kind of feedback, this suffocation, is exactly why people who have disparate world views tend to avoid one another. Why reinvent the wheel with every person you meet? Why argue about why criticism may be healthier and more useful than nodding your head in agreement? Why use public forums to talk about ideas where they will be “reality checked”? Why explain yourself when you are doing someone a service that may not be particularly helpful to them but may be helpful to others?

Frustration aside I will honor the IAS, and the other people who are interested in the IAS event, through my (!!!) editorial lens, with the rest of my thoughts about their event last weekend (now a couple weekends ago).

What was done well and not so well

The panel was well attended. Probably 60+ people who were engaged and didn’t interrupt the presentation in a way I usually would expect from a Bay Area event. I think the organizers of the event did a good job of “Internet outreach” which worked surprisingly well. There was representation of at least 1/2 of the Bay Area anarchist tendencies which is a pretty good showing of the popularity of the panelists and lack of general distain of the IAS by the Bay Area Anarchist fighting factions (BAAFF).

The presenters did not seem to ramble very much and completely filled 2 hours with words. This was one of the reasons that there were no interruptions is because the 3 people up front actually talked the entire time. They didn’t appear that they would have even stopped if it weren’t for the self-imposed time limit. This “east coast” style of the presentation was probably so shocking to the audience generally that they were stunned into silence. I doubt a second panel like this one would go as smoothly.

Instead of having a Q&A session they gave the audience 30 minutes to “share their thoughts” which was also a great technique of crowd control because instead of the rambling incoherent thoughts of people being directed at the three people up front (who may or may not have handled them well) they were diffused into the crowd, for long enough for the next person to start speaking.

There was surprisingly little hostility expressed from the crowd toward the presenters which I give credit to the IAS members for. By not engaging directly with potential and probable hostility (mostly by ignoring it), by talking the audience into submission (thought their own endurance and lack of breaks), and by leaving very little time for the drained audience to even respond they were successful in holding an event without acrimony. Perhaps also without the discussion they claimed to want, but definitely without rancor. These are all successes, of a sort.

What they didn’t do well was also what they did do well. This was not a discussion about anarchist strategy, this was a presentation of “the IAS approach” to strategy.

What does all of this mean?

At the end of the day the IAS approach is more like a category (or approaches) rather than a specific approach. It is humanist. It is dialectical. It is leftist. I say these terms not as pejoratives, although perhaps it is fair to say that they are that too, but as clarification to what would otherwise be a little confusing for me. I don’t exactly understand when I am listening to the arguments of the IAS members WHY I don’t feel comfortable with what they are saying but I really do. Not quite idiot shivers level of discomfort but something is wrong here and I search for the words. Right or wrong these three seem fair.

Bear with me while I work through something here, history of ideas style, relating IAS ideas and Murray Bookchin’s breaking down of of nature into first and second nature. The story goes that we (humans) are natural and part of biological evolution (aka first nature) but we (humans) are also unique (says Bookchin) in our social awareness and this is second nature. When I hear social ecologists, or really just people in the left who aren’t particularly deep green talk about the environment I usually wonder what in the hell they are talking about. This is why.

At the end of the day it just seems like they are interested in policy or the metaphysics of justice. I guess that is fine, not my thing, but just fine. I don’t understand the connection, it literally escapes me. Nature is just a word, sure, a metaphysical concept. That concept, that word, is a study, a concern totally unrelated to how we do, could, or should live in the world (natural or not). My sense is that the verbage. The terminology has fascinated a certain body of thinkers for too long and that they are confused about where the study begins and ends and where relationships are, and are not, mappable to that territory. More on this another time.

Next point. Humanism. I don’t consider humans to be at the center of my understanding about power relationships or at the center of my view of a better world. I understand that the conflict we are in is with humans but that just informs my understanding of humans as the enemy, not as the center. Anarchism as a humanist project feels like a poor fit. It makes sense if you want to leverage disciplines like social work, cooperatives, and social ecology into a form that is useful for anarchist analysis, or perhaps better said for analyzing anarchists and anarchism, but they continue to feel like projects with their own biases that are not commutable to the project of freeing us from hierarchy, power over, and the domination of exchange relationships.

Final point. Democracy. Democracy is not Anarchy. They are different political positions and the only reason one would try to conflate them is if ones goals are propagandistic, political (as in a politician) or (self)deceptive. I don’t understand why this is even a discussion. Actually it isn’t.