Yes, the Greeks were inspiring and what I hoped for. Yes, the comedy was funny (Crudo was particularly good) & bizarre (I’ll upload a picture of McQuinn as robot later). Even my workshop went pretty well (I was really surprised how many people got up that early (10 am Daylight Savings) to see me), but I was right next to the entrance. I have a bothersome habit that I’d like to cure myself of. I over-prepare with too little time, don’t finish, and as a result have about the first 1/3 of what I’d like to do totally nailed. The rest I end up having to wing.

BASTARD can be a little surreal. We hold it at UCB for lack of a better (large & free) space but often times it means sharing space with the ISP (insane student posse). This year they were marching, waving colored flags, and singing the national anthem in an area where the reception was chillier than they are probably used to. I am still cursing the lack of total occupation on March 4th. 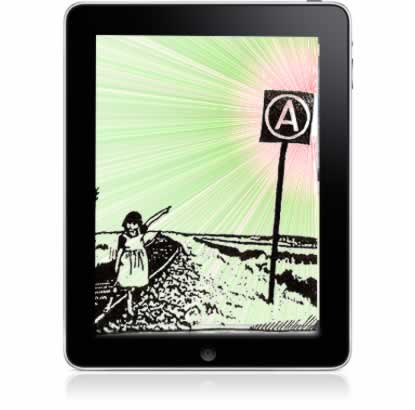 The big events during 8 days are always the ones that stick out in our memory but it is the smaller events; showing a film, the reading of the BASTARD surveys (which were particularly dull this year… since everyone said the same thing) that really make me glad that I live in the Bay Area. I am not alone. I might convince myself that I am from time to time, but I am not.

Spending time with the Greeks

We got to discuss exactly how different the social mores and attitudes are in Greece. I imagine many @ from the (identity) left would be uncomfortable there. I am not sure I have the energy myself for what seems like an intense place but the difference is exhilarating and I look forward to visiting one day.

A house full of guests

The house I live in is not designed for guests. We rarely have them and aren’t willing to make many accommodations for them. Over the weekend we had about 20 different people sleeping on our floors and couches. It was awesome. Even better were the hang out sessions and off-time with all these people. I like shooting the shit. I will not lie.

The political line of the PCWC

At the top of the pile of these off sessions was a breakdown of the Phoenix Class War Council political positions. That shit blew my mind.

Over the past decade they have been in a (hot but not humid) revolutionary laboratory distilling the good bits out of every tendency of the modern anarchist milieu into a extract that can only be called good old American eclecticism. Not wingnuts (although perhaps a little) the PCWC is totally passionate about the connections they have made between the different strands and their project of revolutionary change. In their words…

PHOENIX CLASS WAR COUNCIL is a fanatical, revolutionary anarchist group pressing the attack against capitalism, the state and all systems of hierarchy and oppression. We fight for a self-determined, projectual life for ourselves and all humanity. We oppose those who hinder working class self-organization. We are libertarian and libertine. We support movements but we don’t wait for them. We are in the thick of it.

The crazy thing for me is that they actually took a social situation, with a room of near-stranger anarchists, to make their case for what boils down to a program for anarchist revolution. I haven’t had someone try to actually win me over in years and I barely knew what to say. It didn’t help that they had knocked back a few before they came over but I really feel like I got the full monty on the PCWC and it was a blast. I’m not exactly applying for a membership card but I applaud their passion, the disparate sources that they draw their position from, and mostly… their passion.

As many of you may have heard the vehicle that the Greeks were using for their tour was broken into. Fucking drag, mostly because they were told by their collective that bringing the projector to the States was a bad idea and they were feeling really bad about having it stolen. The response to this has been great though.

I dropped the ball in regards to recording all the presenters. I just didn’t leave enough time to test the new recorders I got for the event. Luckily the Greeks recording from BASTARD can be found on Indybay.

Every year I get far more literature than I have time to review. They are slowly piling up in my library to share (although no one every sticks around for long enough to really dig into it). This year I will share the list and take advice on which of these things you’d like to see me review first.