Whenever I return to the Midwest I feel like I have a sign over my head telling all passerby’s that I have returned, the prodigal son or some such shit. But the people who actually live here tend not to give a fuck. Everyone they know lives here so what’s it matter that another yahoo comes from the same stock. Of course the related issue is that an enthusiasm for other people, other lives, or their own miserable daily life doesn’t tend to shine through either…

This was a small gathering at the Bloom collective space. First of all it’s worth repeating how strange it is that I can even have an event at the infoshop of the town I grew up in but the conversation seemed to follow a thread that’s worth detailing a bit…

On the one hand there are the “holding down the fort” people who may (or may not) be anarchists but are willing to deal with the nuts-and-bolts aspect of keeping a space open. On the other there are people who want to see radical space be… radical. One of the central themes throughout this trip (and with the meta-proposal of Conflict Infrastructure) is that conflict has to be a core component of our infrastructure both as a consequence of principal of engagement (rather than passive aggressive silence) and as part of the orientation towards activity (as in if conflict infra isn’t doing stuff it is either plateaued as project or in decline) hopefully of a hostile nature (broadly conceived of).

In GR the tension between the two factions was palpable and my thrashing around the issue (on the pro-conflict side naturally) was not convincing to the fort radicals at all.

This town, as it turns out, is damn near a satellite of the Crimethinc enterprise. Obviously CT is anonymous and no one person is specifically involved in the project but I heard Contradiction type pith during every conversation I had while I was in town. And the design eye of the town is superb! Additionally, every time I turned my head too quickly, I saw a CT gremlin racing out of sight, only leaving a trailing dreadlock or buttflap.

The humorous CT style prank played on me while I was there was a “social game” where I directed a story to a room full of the humans by way of what letter of the alphabet I ended my sentences with. Much Dune dorkery ensued and a good time was had by all… (no, really)

The Boxcar event was great. A full house (which was a bit of a surprise given that the event started at 9pm) and more pessimism than I usually hear from the fort anarchists. My time in Bloomington ended with a very funny drunken tirade on the beauty of Marx’s words (cough) and against anarchist hostility for the same.

I spent almost a week in Austin Texas. A swell town that needs no accolades from me to convince someone to check it out. My terror there only begun when I heard exactly how expensive the rent is there. Sacrebleu!

I’m writing this before the second day of the New Orleans Anarchist Bookfaire so my thoughts aren’t complete but suffice it to say that I have been pleasantly surprised at the sophistication and engagement of the New Orleans folk to the anarchies as I know it. A large number of people have been totally educated on our material and why we do what we do. Kind of (by which I mean totally) satisfying.

I was in NOLA in 2006 and the cloud of death and terror still hung in the air. I felt it and while I enjoyed my time here I was also, more or less, afraid of its touch. This time the town has romanced me more effectively. I do not exaggerate when I say that I would consider coming here for time (months or years) if I didn’t have a life in the Bay. Perhaps this will be my backup plan for when everything else goes to hell. There is something in the attitude here that I really would love to learn more about.

Suffice it to say I am very thankful to all my hosts. I hope I was entertaining and seemed as appreciative as I was… 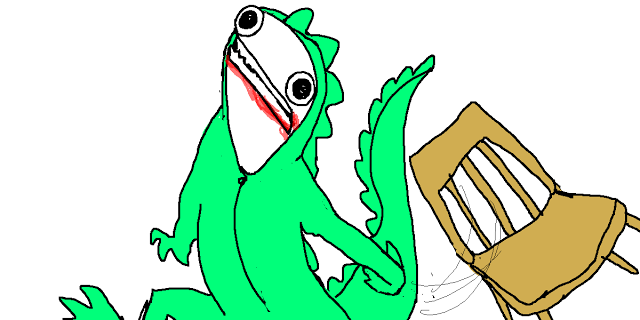 LA is a strange town. I wouldn’t be surprised if one could have a half dozen events here (with the right contacts) with entirely different people at each event. The town is so large and disconnected, that it’s hard to imagine it as one town at all.

My first event of the tour was organized by my oldest friends in LA. They fed me and are always filled with interesting stories to an extent that I didn’t even feel motivated to do my song and dance in addition to the completely pleasant afternoon I had…

But I did, to a small crowd, and it went fairly well. I’d say this crowd ended up being the most receptive to the presentation I prepared for the trip. The conversation was lively and much reminiscing resulted. I am not sure how much the people who weren’t part of the “old timers” crew got out of the discussion but it was a pretty lively discussion about anarchism in the 90s.

This was the smallest event so far (maybe tied with Milwaukee). Rather than talk about the event (which there isn’t much to say about) let me wax poetic about the Taala Hooghan space. There is a garden in the back, active free box in front, a working kitchen, recording studio, show venue, and living room with literature. This space, and more importantly the attitude of the providers of space, is amazing. If I lived in a non-urban place I would hope to make a place half as inviting and interesting as this was.

We are an Indigenous-established, community based and volunteer-run collective dedicated to creatively confronting and overcoming social and environmental injustices in the occupied territories of Flagstaff and surrounding areas. We are restoring and redefining knowledge and information in ways that will be meaningful to our communities. We offer access to independent media, the arts, skill building, and alternative education, with the goal of self-development as well as empowerment for youth and the greater community into action in favor of a more just and sustainable world.

Some of you may be interested in the fact that I did a long interview while I was here that should result in some TCN audio pieces and a long form interview.

This was the largest group at any event but largely because a professor forced his class to attend the lecture.

This brings up an interesting point. As you will soon see I have more or less abandoned the lecture format for the rest of my trip but this event was the argument against doing as much. I’m not saying my lecture made sense to this, largely, not anarchist group, but if I were to get conversational or nonlinear (my usual approach) this audience would have gotten even less than they did by the presentation I did do.

It was interesting to see the fundamental lack of interest the audience had to the entirety of my conception of the world (with anarchy as the center of gravity). Obviously this held no appeal to people’s whose only relationship to the idea was the four weeks of college education they’d received on the topic which was largely historical. But I have very little relationship to 18-21 year olds who aren’t interested in anarchy and their lack of interest was a breath of cold air. They just don’t give a fuck.

After Durango I drove for a very long time. Don’t do what I did. I did get to visit the workspace of P&L Printing which was very impressive.

This is where my presentation fell apart. I started my presentation while still a touch out of breath from moving all the book boxes around, loading the tables, and settling in that I didn’t really take a good temperature of the room. As a result I read them all wrong. I met the Minneapolis I’ve always kind of feared.

As far back as I’ve traveled the punk and anarchist land I’ve always avoided Minneapolis. Maybe it was some combination of how aesthetically unattractive I found Profane Existence and the leftist anarchist propaganda from there but it just seemed like a town I should avoid. My preconceptions were largely shown to be inaccurate 3 years ago when I finally made it to town for a bookfair but I didn’t really get exposed to the aspects of the town I would have found most unpleasant that time.

This time I attribute my discombobulated presentation, my flippant tone, and a total lack of getting “the vibe” of the members of the crowd to a harsh lesson in how not to communicate with a group of people. I think the people who stuck around after the event enjoyed our discussion more but I got some intense feedback during the event itself. Most unpleasant was the person who jumped on my thin, partial, statement of hostility towards “the personal is political” type politics into an accusation that I think abuse should be silenced… Here is more on that topic.

Totally nice conversation with a small group of nice people. A certain person is gone from this town and the town is improved by their absence. Fish. Pond. Size.

This was a surprising event. It really felt (15 minutes in) like it would just be a nice chat with some newish friends but instead turned into a long engaged set of interactions where no one seemed butthurt by my outrageousness and many people seemed transfixed and interested in the connections between our recent past and current condition of “second tween”. I was really happy with the tenor of this event and look forward to seeing if there are any positive results from it.

As I’ve already said… I’m not sure how much it makes sense to make a political type presentation when you know few of the people and less of the political context of the place you are presenting.

One of the first surprising things, especially in the context of infrastructure, is that one of my assumptions is challenged immediately. Should I be talking to people at all. My thinking is that there is a continental anarchist space but that is not the experience of the people in many/most of the towns. I assume that I, and my projects are in discussion with people in other towns. One lesson has been is that this isn’t necessarily the case. In most towns people consider themselves to be alone, alone to deal with the problems of their towns, and not in a network of conversations that I assume we are in.

For me this is important because I’d say I largely derive my inspiration from the scattered projects and interventions that happen around the continent rather than from the Bay Area in particular. Obviously there are interesting/good things happening here but they aren’t (usually) as brave or innovative as the actions people take when they have nothing left to lose.

On the one hand, I truly enjoy spending long periods of time alone but on the other these drives are turning out to be too long to do alone, and then unload the boxes, and then set up the table, and then be entertaining for 3-5 hours, and then break everything down.

Perhaps I’m getting too old for this?