At some point I became exhausted with the process of making new friends. This is perhaps telling sign of aging but I no longer feel like the honeymoon period of a relationship is the most important one anymore. It used to be that the first three hours, three weeks, three months of a new person, getting to know them, to love them, to obsess about them was the ultimate social experience. This corresponded nicely with the fact that I ended up making a new set of friends every three months, seemingly whether I wanted to or not. 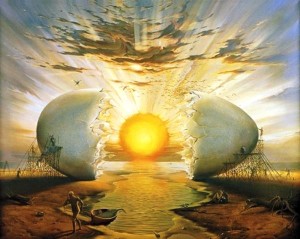 The first sign of change was not, surprisingly, that it became more difficult for me to find new friends. Even after my decline from the cute plateau (age 16-24) I was still able to find new people. All of a sudden though I was no longer capable of being completely interested in all the things that people do. I blame radical politics for this, especially radical theory. I was so obsessed by my own self-education and the truth that I was finding the deeper I went down the rabbit hole theory that people who did not share my particular obsessions stopped being particularly interesting to me. You cannot balance a hunger for newness along with an obsession for depth.

I recently had a recent post-cute plateau person, who I’ve known for at least five years, remind me that when I first met them I told them that they basically don’t exist for me until they’ve been around for years. Basically they asked me if they existed to me now, full well knowing that they had existed for some time. Although probably not the way that they wish that they had.

Lesson one: pick a piece of ground and stay there. It more or less goes without saying that if you come to the long haul in 10 years on a Tuesday evening I will be there also. Obviously I understand why people don’t like long haul, don’t like the ASG, or don’t like crowds but I’ve made a choice. Until something traumatic happens (which is obviously possible) I will be at this singular place having conversations about the things that I love with strangers and other people who at that point I will have known for two decades.

Lesson two: find some good people. Obviously I hate good people so here what I’m getting at is that I have spent way too much time having stupid conversations about bands, movies, and other people. Finding people who are interesting, compelling, interested is a serious fucking challenge. Don’t take it lightly. Don’t worry about the fact that it will not happen easily or quickly. Don’t take it too hard that you may not be as interesting as they are. That happens over time and will never happen if you surround yourself with the mundane.

Lesson three: find a mentor. Mentors are not elder wizards who are going to teach you alchemical wisd from a huge volume of recipes. One mentor might teach you to love better. Another by the martial art or an approach to martial arts. Another might just have a great attitude towards life. These people are your future comrades in arms. They are going to show you how to connect to others with the same interests as yourself. They are going to show you the extent of their abilities and vision which damn well better inform your own.

This is a very busy time for us. In three weeks we will begin our annual eight days of anarchy celebration. This is our chance to spend a series of days and evenings together conspiring, gossiping, and decompressing. I have more to say but it is closer to the events but it goes without saying that I will be happy to see everyone come and happy to see everyone go.

The last few months have been filled with what I’m calling the 10 week death march. Eight projects in 10 weeks. We are just about done with all of the projects so I will list them.

Fuck. The volume of content just in this list is enough for a year of reading and engagement. I’m going back to sleep.