I* had an amazing year in 2012. So much so that the kind of perfectly normal winter induced funk that I seem to be in seems a little bit embarrassing. Here is a little bit about the year and a bit more about the future.

In 2011 I took a three month trip to Europe. Even though it was lonely and uncomfortable it was also life altering and inspiring. Prior to the trip I had been thinking more seriously about publishing. About how to do it in a more meaningful and affordable way and how to grow the umbrella project that a few of us were a part of. By about half way through the trip I had a pretty good idea what the plan was all that was left was implementation. 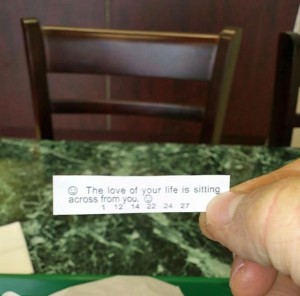 In this write up I’m going to talk about the process of putting these books together, some nitty-gritty book production stuff, and perhaps wrap it up with some thoughts about why I feel more like a wrung out rag than a proud paterfamilias and why I go into 2013 with as more doubts than answers.

Here are the books we (LBC: Ardent, LBC Books, Repartee, GA, etc) will have officially publishing in 2012.

Fuck. I am not sure how much I want to go into these books (beyond what I’ve already done in this blog) but perhaps I’ll do more of a crit/self-crit for your all’s amusement.

What we did right

The model worked. The idea of publishing anarchist material frequently (a book a month) seemed a little ridiculous this time last year. We had no idea what we were doing three months into 2012 and half these titles weren’t even sparkles in our eyes. The idea that to be doing this meant increasing the pressure, of our own capacity, of our relationships, of our processes, etc, was the right one.

If our desire was to live anarchy, as a vibrant, challenging, set of ideas and people, then publishing anarchist material (propaganda, biographies, theory, and collections) is a real way to do it. I would be hard pressed to think of much anarchist material that I am interested in that didn’t pass through our lens this year. I often say that there are two different kinds of anarchists. There are the ones whose anarchism ended in 1937 and want to try again harder and anarchists who were born in 1968. If we are a publisher of the second kind of anarchy then this year demonstrated (to me at least) that there are legs on this. I can’t wait to see where they take us next.

We didn’t taken the ankle-biting criticisms too seriously. Obviously there are a variety of real/not-real things that can be said about some of our choices (paper, indexes, covers, etc) and some times at the moment they are uttered they can really get me down but by-and-large I feel pretty good about balancing the criticisms we have received in terms of their heat rather than their smoke.

We didn’t burn too many bridges. Given how nasty our little world is I can definitely say that we built 3-4 times as many bridges as we burned this year. This was perhaps due to some maturity on our part but it also due to the fact that our project is primarily about delivering other people’s messages to the world. The effort we are spending is making things that are not financially viable but are meaningful to us and an expression of our friends (or comrades, as the case may be) has finally paid off. Obviously we aren’t perfect and are kind of jerks… but I can finally say with no irony that the work speaks for itself.

What we did wrong

We rely far too much on the milieu. I love the milieu** but it is too closed of a circle. Even as that circle has expanded (thanks Occupy!) it demonstrates all the weaknesses of self-definition. There is a ton to criticize in “the scene” but for us, as a project, we have to start reaching outside of our comfort zone. As to how to do that in a meaningful and long-view way… Good question!

Too many men. I am increasingly concerned that our project, especially as a publisher of anarchist books, has become a sausage party. We only have two books (although there are two anon titles and one multi-author collection) that aren’t duderific. I think this issue is going to take years to truly resolve but that one of our first steps is to pull back and think about what our goal is. If the goal is to embrace and publish the world of anarchist ideas then books have a ton of embedded problems. I have a critic who often lambasts me for my (seeming) embrace of the long form essay (which the book is obviously an even longer form) as being out of touch with the attention span of the modern human. Even though the criticism is also a ridiculous one (since I’m also fairly married to the web short form) there is a big question that seems right to me. Money is not our motivation. If chaos, or anarchy-wearing-chaos-formalwear, is our motivation how can we better transmit this? Somewhere in the answer to this question is also the answer to dude question.

We did not take enough risks. Being that we are self-funded (aka broke) we are also kind of bullet-proof in a way that other publishers are not. While it would be possible for someone to sue me into financial oblivion, I owe so much more than I have that it would probably be harder on them than me. More importantly it wouldn’t stop us from publishing! As a result of this we can, and should, be taking more risks, doing more illegal and inappropriate publishing projects. This year we published Treatise (an affordable version of Revolution of Everyday Life) and Words (a send up of the IAS’s Lexicon series) but this barely scraped the surface of what we should be doing. There are priests to be strangled by beauracratic entrails…

Books of course! In addition there is going to be a push into video (long and short form), music (?!), deeper web content, e-books, etc. 2013 is going to be a bit more focused on reaching outside of our safe(ish) space and into the cold, hard world that doesn’t care one bit about what we are thinking about. Anti-politics for the masses and shit.

Financially we have to figure out a way for more people to participate in the project. It is strange to think that this makes any sense at all (in the quid pro quo sense of the word) but becoming an accomplice of LBC means getting everything that we do (something like 25-30 projects in 2012) and supporting the fact that we are doing it. If we could cover our burn (rate, the amount we have to spend a month) with our accomplices it would go a long way towards making the project more (personally) sustainable.

Maybe I’ll just go back to Europe or something.

* I want to apologize for the use of I throughout this article (and in general). Often times I personify the LBC project even though there are a half a dozen people who are also as committed to the project as I am. I do this for a variety of reasons but to list them… a desire to not be or seem representational, a desire to take responsibility rather than hide behind an institution, because I’m the only one who tends towards writing about the project at all, because marketing is about people, because I am alienated from my individual desires and only have project desire now, because I’m fucked up.

** Obviously it is love and hate but if love is a decision about who you want to live and die with… I’m still here.