I am going to try to give a reportback on my recent trip around the US. My goal is to give the reader a taste of each town rather than of my presentation or the lessons I learned regarding my own projects. I’ll leave those for another time when the reader can safely ignore them.

I took a quick loop visiting Tucson, Phoenix, Austin, Houston, St. Louis, and Milwaukee. At the end of the trip I raced back to Berkeley to be present at a private event with the Invisible Committee. I’ll discuss that a bit later. 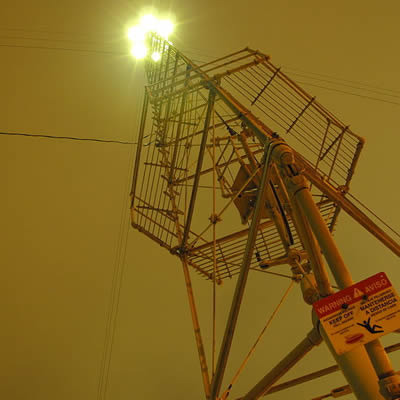 The Dry River Collective has come a long way since the last time I visited it (during the first months of its life in a different location). The new space is very nice, appearing to be located in a small church rather than a small warehouse. It has a free store corner and all the accoutrements one would expect from a space of this sort. My event was prefaced by one by Keith McHenry (co-founder of Food Not Bombs) who is a great cheerleader for his cause. His presentation was well attended by the local FNB chapter and other interested parties. They filed out as he concluded.

My event was, essentially, abandoned by its organizer which impacted its attendance, passion, and relevance. I’ll respond to the organizers abandonment another time but suffice it to say I was disappointed.

The presentation was mostly interesting for its Q&A which was highly interested in gossip & the Internet (clearly not a theme in a talk on illegalism). I was quite surprised how closely the 1/2 dozen people followed the mundane (and not) Internet drama of @. This makes sense, given the size and scope of their own scene but is likely a dangerous direction given how much personal detail they knew about people they will never meet or befriend.

Lesson: Make sure you do your own legwork before you do an event in Tucson.

I arrived a day early in Phoenix which meant that I had an opportunity to go to Flagstaff and visit the Infoshop there. I also participated in a protest against the development of the San Francisco Peaks which entailed me holding onto an embarrassing banner and mumbling along with statements I’m not particularly comfortable with… but when in native land one should show a full unit of humble respect (a humbleton).

Suffice it to say the Taala Hooghan is entirely impressive. It is an “indigenous infoshop” rather than one oriented toward a particular sect of (anarchist) politics. It shares its expansive space with a native media group and as a result has a atmosphere of Internet era “new media” along with a concrete and run down aesthetic.

The space is huge. It has a children’s room, a semi-gymnasium, a (or several) mural walls, garden plots, common rooms, kitchen, and the aforementioned media space (which includes sound-proofed rooms and other nearly professional equipment). The content of the space relies strongly on a “zigzag” vibe but as I am inclined towards that I have no complaint. It is also heavy on the PM/AK vibe which I am not inclined toward but I understand the appeal of free credit (and recognize the marketing & social impact of it).

The people of the space were very friendly and generous with their time. I was even challenged to defend my position and perspectives which I greatly enjoyed (and wish happened more often).

My event in Phoenix itself was pleasant and a bit of a let down in comparison to the conversations I had earlier (and later). I will say that the audience in Phoenix was (25%) well informed and those who weren’t seemed generally interested in the connections I was drawing, so much so that the main criticism I received was that I wasn’t fully accelerating on my point. Fair enough.

The PCWC (my generous-with-their-time hosts) were alarmingly unorthodox (or as I usually deride them “into American eclecticism to a fault”) and seemed somewhat interested in a point that I share an interest in. What is the position of repression and lone wolf actions in a denatured political site. I look forward to engaging them on this in the future as their hopefulness about people (generally) shocks and concerns me.

I had an entirely pleasant time during my stay in Austin. This was entirely due to the company of my accommodations as my event at Monkeywrench was a waste of my time… Perhaps that is not fair as I often have experiences like the Monkeywrench event that later turn up lasting relationships but my general sense of the space was of exhaustion and obligation and not joy and fruitful collaboration. Perhaps this is due to the preponderance of leftist crap adorning their bookshelves as the people associated with the space were friendly enough just… tired.

Austin is a sleepy town that was already too hot for human life (95 degrees in April). This means a slow, relaxing life filled with a spectacular mineral water (Topo!) and languid siestas. Only in the evening to people perk up and engage in hours of good conversation sitting next to the goats and chickens.

Ostensibly my reason for going to Texas was to attend the first annual Houston anarchist bookfair and this is what I did. The Houston organizers did two things I haven’t seen before. 1) They scheduled 12 hours of events for each of the two days (having their film festival conclude each evening) and 2) had three meals a day provided for the entire attendance by the local Food Not Bombs.

The event itself was well run (allegedly there is a howto document forthcoming). There were table, chairs and most importantly an audience of more than just the organizers friends. This is very important for other @ who want to throw a bookfair. The better your outreach the better the event, period.

The demographic was younger and punker than I had seen in a while but the political attitude was definitely laid back and positive rather than jaded-urban-knowitall so good for Houston. Especially for not making any particular connections to the town itself I came away feeling very positive about my time there and about the organization of the event. GJ Houston!