I am writing about this book again after years of absence, because of how formative the book was in my thinking about criticism (and specifically criticism as a form of communication and engagement with written material). The relationships in this story are still the model I use when considering what I mean and what I desire, when I engage in criticism with someone or some project. Criticism is the infinite pool that feeds me and the engagement I would like to have with my peers. But what I understand criticism to be, informed by this book, is very different than the way the term is used by others or practiced in the world.

Before I discovered a critical anarchist perspective (more on this terminology later) I was probably (cough) called a smart ass. Regardless of the situation, I would often question premise and presenter, which usually was at my expense. since I was not the student creating an optimal teaching experience for the teacher and alert students alike. I sat squarely in the middle, in a haze of my distaste for the mix of social interactions, control, and knowledge-without-context. I was not smart enough to have found my own way out of this mix and did not have a guide (until much later) to demonstrate how the pieces of institutional life worked together in creating an environment that priveleged certain kinds of attention and ability. 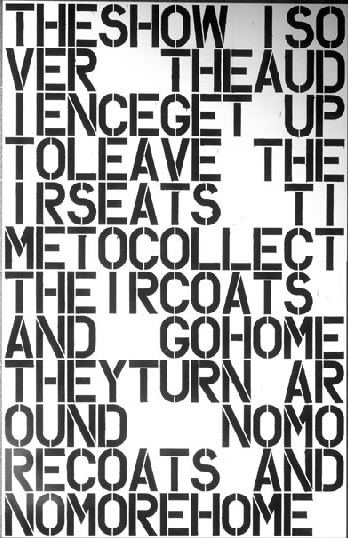 I did have humor, sharpened at the kitchen table, with which I was able to pop the balloon of pomposity and skewer the situations of ennui. It wasn’t enough to be considered truly funny (what do I look like, a clown?) or to have a lasting impact, but I had enough abundance that aligned suppressive forces were not able to exhaust it. This instinctual critical outlook hasn’t exactly served me well from either a social or logistical perspective. It has cost me many friends and has made my work life… challenging.

The relationships in Letters of Insurgents still work for me as examples of the kinds of critical relationships I would have liked to have had with my peers, but that moment is gone. We are all moving too fast and our own ability to have relationships is curtailed by our desire to avoid… ourselves? drama? patience? inhumanity? ambivalence? We have these kinds of closenesses in quiet spare moments between the maelstrom of schedules and pressure.

I wanted to get into a couple of the themes I missed from the last chapter that still have me thinking. I begin my reading of chapter 3 by way of review.

I’m not. after all, competing in a memory contest, nor writing a history, nor am I engaged in scholarly research into my past… By eliminating this standard you’re left with nothing but the world as it is. If you deprive yourself of the ability to see what people can be and what life can be you’ll only be able to see what they are and you’ll conclude that’s all they can be.

On re-reading this I am not concerned with the disingenousness of the statement but with the way that it demonstrates that we, individually, value our recollections (as data) differently than we value our interpretation of them. This statement is particularly striking in a letter that is, for all intents and purposes, a correction to Yarostan’s fierce criticism of Sophia and the project that they had together. Yarostan is talking about interpretations of an incontrovertable piece of information (very simple facts as a matter of fact). “We lost and our project has been shown wanting.”

In my social circles I am apt to making flippant comments like “there are two kinds of people, copy editors and the rest of us.” This is in reference to a kind of one part personality and one part vocational approach that some of my closest friends make towards information. The precision of the comma placement, the font choice, the punniness of a turn of phrase becomes the all consuming topic of conversation, for which there is no recourse but to wait out the quibbling and sorting out of details before a conversation can move on. The sorting out of the exact date of Franco’s crossing of a certain latitudinal axis far more important than the entire military context that this crossing occured within. The tree is actually more important, or more of a topic of fascination and compulsion, than one thousand forests.

This relates to Sophia’s letter in that she is actually exactly engaging herself in a memory contest. She is trying to win a sense of victory over her own understanding of the events that took place many year ago. Her perception is blocking her memory.

No, I’m no longer angry. I’m frustrated. For twenty years I longed to tell you about myself, if not in letters then in a novel which was addressed to you even if it never reached you. I wanted to tell you about my life because I thought I’d lived up to what you might have wanted me to be. I looked at myself through what I took to be your eyes and I wasn’t ashamed. I was in fact somewhat proud of myself. Not altogether. I hadn’t taken part in the overthrow of the ruling system. But I hadn’t succumbed to it either.

I believe that many, if not most, of my copy editor friends suffer this particular frustration. On the one hand they have a precise understanding of the number of gravel stones they have passed to get from there to here but on the other aren’t quite sure how the path ended up being such a treacherous journey in the first place. The gravel had no impact on the elevation changes of the journey. (you will be amused that my favorite local copy editor made a note here… kiss my ass)

Perhaps this is a story about the Western conception of time. That story goes somthing like: time is a linear progression of thens to nows, past through present to future. We, as residents of this flow, start at a point and end up a little further down the way. In the greater scheme of things our journey is but a blip but it can be mapped on the greater plain of social life.

A different story is that there is only one time. Now. We live in the now and the memories or hopes that connect us to the past or future are tenuous and are related to where we are now and not what we were at another time. Two people’s very different interpretations of similar events is easier to understand when the relationship they have to former events is understood to have been to different “nows” entirely.

Perhaps the physical properties of light can provide some insight into this metaphor (which is largely what time is). Light is comprised of charecteristics of both a wave (like an ocean wave) and a particle (like a bullet moving much much faster). This dual property is why light can have both a speed and be visible to the eye. Why light can literally push on an object (see solar sails) and be amplified with refraction. Lived experience has something of a dual property where facts stream by at a pace akin to infinity and are related to us to the extent to which we can pull units of them (quantum) out into a comprehendible form . The amount and type of evaluation we perform to choose our quanta with which to measure and calculate our “us-ness” has to be mostly random and only partially willful. But perhaps this speaks to my own lack of valorization of the individual.

I have written about nihilism other places. 1, 2 I can be described as someone who is friendly to hopelessness and unfriendly to much of modern idealistic thought (whether in politics or philosophy). I use nihilism as a blanket term to describe these inclinations but only as tempered through the, dare I say ethical, lens of an anarchist pedegogical approach.

Many of the themes I consider important along these lines are covered by Yarostan, especially in letter 2, and they begin with this.

When the strikes and demonstrations ended, when most workers realized the carnival was over and returned to work, our group continued to perform its show. We were still printing posters, glueing “Factories to Workers” on recently cleaned walls, shouting about the workers’ commonwealth. At that point we became dangerous, because at that point people like us elsewhere saw that at least some had meant what they said and that the performance of a play had not, been the only possibility. If others didn’t realize this, at least the authorities thought they did.” Only at that point did we begin to “act on our own,” but we weren’t aware of this. We were so carried away by our performance that we failed to see that the curtain had fallen and the carnival had ended.

Which so clearly echoes one of my favorite definitions of nihilism by Vasily Vasilievich Rozanov that they should be considered together.

The show is over. The audience get up to leave their seats. Time to collect their coats and go home. They turn round…No more coats and no more home.

The story of the kind of revolution considered in Letters of Insurgents (a shadow puppet play still being performed today, with its echoes of the French Revolution and the idea of a complete change of the political terrain by a willful social body) is over. It is a gorgeous story that we should remember–perhaps doing annual reenactments–but the seamlessness of the existing order is unassailable. This isn’t to say it is infinite or forever but it is outside of the capacities of any sociological category to overcome. The existing order, to the extent that it exists, sees danger coming a mile away.

Moreover, to the extent that resistance to the existing order has shown itself to be successful in the short term, it is usually at a great cost. For most of us the cost is greater than, or as great as, the cost of the status quo. This makes the desire for total transformation at odds with an honest self assessment of what will be brought about by particular actions in the here-and-now.

I am falling further behind but I want to get this up and clearly I am barely done with my thoughts on chapter 2. In a few days I’ll update again and plan on then being caught up by chapter 5.