Ideally I would be updating this thing at least once a month. At least that often I have some poignant thing that I’m working through that I’d love to share in this context as at least a bookmark for further thinking but I find I’m rarely getting around to it. Why? Because between websites I run (and that self destruct), publishing a book a month, helping run a distro, trying to get & keep some paying work, publishing and writing for a newspaper, and just keeping up with the daily grind of keeping all of this in order… writing is a hard sell.

Oh yeah, and there is traveling. At least 2 major and 3-4 minor times a year I leave the Bay and go to some other part of anarchyland to discover what riches and dramas live there. It makes sense as a way to break my own head out of the drama of the Bay and to submerge myself in “somewhere else” which is a favored place to visit for sure. This November I traveled to the southeast part of the US and visited Atlanta, Asheville, and Chapel Hill/Carrboro. Here are my thoughts about this trip. 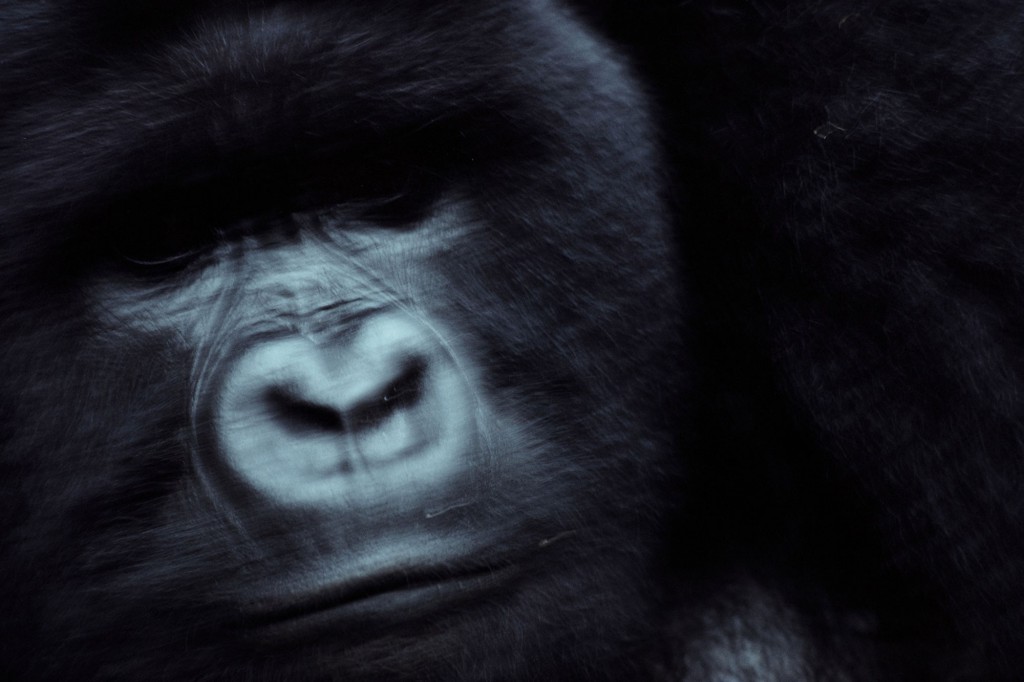 In the Bay we are starting to have a serious problem with the age gap between new residents to anarchyland and the old timers. I saw a shadow play version of the same issue in the SE where the young people seem to have generationally different concerns and interests than the late 20-something people who have distinctly different priorities than those in the next older age group. This could be talked about as a Gen X, Gen Y, and Millennials distinction but also breaks down as a pre-Seattle ‘99, post-Seattle 99, and post-RNC (or even post-Occupy) split in anarchyland.

Sure there isn’t really a disagreement between the three around a general orientation about how to live ones life (aka the lifestyle questions are in the range of more free time and less working for others, diet leaning towards veganism, affect towards stylish REI suburban america gear) but the projectuality was distinct. I was excited there was so much Gen X energy on this trip as most of the US doesn’t seem to have it at all or there just isn’t a large enough center of gravity to keep older people around and productive.

I guess this experience can be summed up by the conclusion that North American anarchyland is finally starting to have a generation gap. Enough people in enough age categories to reflect a changing and different anarchy for each. This portends something exciting as, arguably, a culture of resistance (or whatever) may only be truly possible when there is enough of a range of people to actually demonstrate anarchy-as-a-form-of-life from cradle to grave.

I’m not going to call out a specific group or set of ideas but I want to put the warning into peoples heads that, much like the RCP and other recruiting organizations of the past, there may be a group of dedicated and intelligent individuals using anarchyland to recruit for a cult. Again, I don’t want to overstate the case but somewhere in the combination of self-appointed charismatic spokespeople, a value system that seems innovative and exclusive, and a double set of ethics is something-like-a-cult.

Beware the wolf by first recognizing it.

There is a significant way in which I belong in the SE. It still hangs on to hardcore scene roots, which I grew up with, as a source of pride (or at least self-recognition) rather than “aw shucks I was never in to that” which I experience in most other places. This is a generational questions too as the Gen Y (aka post-Seattle) generation and younger is more likely to not have a background in the punk/hardcore scene… but in the SE it still feels on the tip of everyone’s tongue.

Proof? The first night of the Carrboro bookfair weekend there was an ad-hoc, put-together-in-four-hours, jump on each others sweaty bodies, use a megaphone as a microphone, break a window, put a foot into my nose, cover band of Minor Threat. It was awesome, trust me. 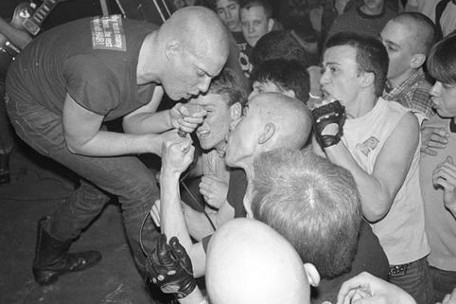 That said, I’m not into Hardcore like I used to be. The iconography is still meaningful to me but when I was booted from the mainline of HC I realized important things about myself that I count as the lessons of adulthood. HC was great for my adolescence but things changed. HC didn’t. (not to give any credit to Uppercut, I’m not talking about selling out but about what a music scene’s limitations are)

At some point during my time in CH/C I said something about how ethical the place was… What I meant, what I experienced, was an approach to disagreement that is qualitatively different from how I experience it. If I disagree with someone or something disagreeable is referred to in a room I am in I will often make a joke at the disagreeable objects expense. Usually the joke is funny/not-funny and has, if I do it right, the multiple levels of agreement, disagreement, and ambivalence I feel towards the disagreeable subject are all implied by the joke. I’d like to say that I only don’t talk/joke about the things I absolutely despise, otherwise, games on.

What I realize, now that I’m gone, is that the South really has a thing about politeness that is more-or-less the opposite of my approach. Disagreeable subjects are almost never talked about as disagreeable or in a cruel or sloppy way. Instead the universe slows down and a series of precise statements that clarifies the exact terrain of the disagreement between the speaker and the subject are made. I confused this with ethics because I tend not to treat my (political) rivals with a great deal of respect (preferring to roll about in the mud with them, thank you very much) but it’s something else.

Another example that kind of muddies the water. There were many guests passing through CH/C while I was there including an American ex-pat who currently lives in Berlin. In a rare moment of joviality the kitchen table was making jokes around the challenges of call out culture. The specific example that was being cited was a very complicated situation that was only discussed obliquely but concerned trans identity and the line between trans-misogyny and something else lie. The ex-pat put an absolute chill into the room by saying (more-or-less) “where I am from we don’t make jokes about trans issues because they are very serious” which put the room into a shame spiral that lasted the next 20 minutes.

This attitude and the response is what confused me about the difference between ethical social behavior and a sort of cultural norm around hospitality and the like. Obviously I am ideological when it comes to my ideas around the value of humor, especially if it is painful and disrespectful, but I’m not going to defend this here. I’ll say instead that it’s nice to see that there are still local characteristics in different parts of the country.

In my imagination anarchyland could be a healthy, multi-generational, cauldron of persons, ideas, and projects. Among the limitations to this ever happening is the moralism around broke culture. I share a condemnation of work(ing for a living). I recognize how American culture pulls us towards a shallow materialism and crazy ideas like freedom = property ownership et al. I choose as one of my least desirable abstractions the one called Capitalism (I especially like this critique of it). I also see a hard contradiction between the ways that anarchyland forces people to choose a side around having money and being a true & real anarchist.

I lived in the Mission district prior to the first dot com bubble in the late 90s (I believe I moved to the East Bay around 97). During the 90s most of the people I knew worked no more than 20 hours a week and spent the rest of their energy doing creative interesting things. There was a balance between living (the things one enjoyed doing) and working (the things violently forced on us by this world). It was great and I was surrounded by sparks and fire.

I despise the violence of this world but scurrying about as if it doesn’t constrain our imagination and possibilities adds a second level of abstraction to a condition that is already difficult. Forcing our people to see themselves as good or bad depending on how much of their working life is criminal or black/gray market is… sad. It’s also IMO one of the sub-cultural aspects of anarchyland that I hate the most. It seems to drive people to doing Jobs They Believe in (TM) or leaving anarchyland altogether.

I believe we could be more creative about how we work rather than create ultimatums around it. Sure figuring out coops and collectives may be part of that but so too could shared jobs and other types of resource sharing. Most of us live in cities where the cost of living is outrageously high and our lack of trust in each other means we each face these obstacles alone.

Thanks to my hosts in ATL, Asheville, and Chapel Hill/Carrboro. Thanks for letting me into your home and lives.