The concern I have with the presentation of Letters of Insurgents is that it is entirely played straight. It loses touch with what I consider to be the first rule of politics. Have a sense of humor about everything you do, especially a desire to change the world. Perhaps this first principle outs me as either an anarchist or a counter revolutionary but fuck it. Political people (by any definition) who take themselves seriously are at the heart of the misery of the 20th century. They are the keepers of the flame of our future misery and should be confronted, with merriment and absurdity, at every turn. 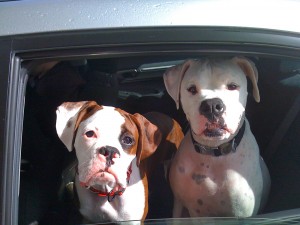 Why do I draw such a linkage between humor and radical politics? Perhaps I see people at their best as imaginative creatures. As passionate about their projectuality as the people they love. I imagine, to the extent to which they aren’t just walking carcasses, that people have the capacity to be creators, destroyers, builders, and story tellers. Time without property or rule would be filled with stories and projects on the scale of people. No more pyramids build for the vanity of pharaohs. Imagination is generative. It is not consumed through use nor finite. Unlike the scarcity of economic thinking, social engineering, and urban planning, imagination is affirmative. Ribaldry, Irony, Sarcasm, Play would join their natural allies Story, Modeling, and Song as the flavors of daily life. Every day a feast!

I’ll restate the question and answer. Radical politics is the expressed desire, and possible plan, to transform society at its root. To tear down the fundamental characteristics of a social body and rebuild them again with an entirely different set of fundamentals. To take such an absurd idea seriously, as something that should be considered beyond a polite dinner conversation, takes a certain kind of personality. I call this person a dreamer but perhaps fanatic, fool, and monster can be just as accurate descriptions. To want such a dramatic thing, to devote one’s life to such a thing, requires a kind of extremism regardless of the exact term we use to describe it. To maintain such extremism one must create the internal mechanisms by which their (human) needs can still be met while their (political) desires are not met (or even approached). This often, perhaps usually, creates humorless creatures. You see them at protests against the horrors of this world wearing faces of intense sadness. They are fighting the good fight, on the long march, but are sickly, unhappy, tortured creatures. I apologize for standing in such judgment of this kind of honest approach but I can’t favor one form of self-torture over another. Politics as obligation, to observe horror, to protest ineffectively, to state the obvious loudly, isn’t qualitatively different to me than a life of suburban consumerism, daily commutes to soulless workplaces, and nuclear family mediocrity. All of these choices are the honest survivals mechanisms by possibly good people who aren’t sparks. They are not igniters, of passion, of change, or of bridges.

But the sadness of humorless people is not the reason for the necessity of a sense of humor in radicals. Humor isn’t a central characteristic of the humane project of social transformation because it is warm and cuddly but because it is impossible. Radical social change is absolutely and entirely impossible. The reason why this is so is a laundry list a mile long and a league wide. Embarking on such an endeavor is more than enough to demonstrate insanity (in the Einsteinian sense of the term) and the only way to survive insanity is to laugh at it. Laugh at the conditions you are in, laugh at the feeble attempts we are capable of making against them, laugh at our hubris for doing them anyway, laugh at ourselves for believing that a life without compromise is the life worth living.