We are past the intensely critical part of the novel and are now moving onto the great descriptive portion. Letter four is about a carton factory, a university occupation and all of the characters in Yarostan & Sophia’s life. It is about the specific nature of peoples behavior and how the consequences ripple out over time and into lives.

I’m not the same person I was twenty years ago, the person you knew. My commitment to slogans, words, programs, abstractions on signs, was a commitment to death. Twenty years ago I was the victim of a mystification. I began with vague yearnings for free activity; I began with a longing for freely chosen projects carried out within a community that made the projects possible and appreciated them. 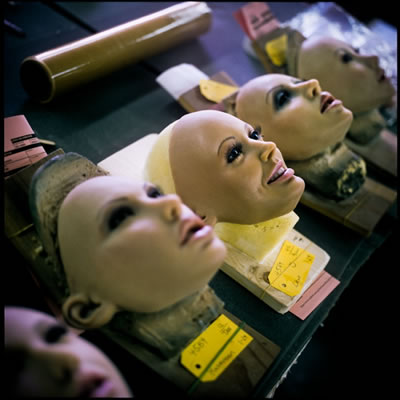 As you get older and you gain experience and, if you do it right, long term relationships with sets of people who continue to have meaning to you even as it changes. Be they rivals, people you detest, or care about. If I were to develop a time line of the last 20 years of my life since my serious involvement in radical politics it would read something like this (in order): activist, the restaurant years, the traveling years, the confused years, the house, the magazine, and today. The amazing thing, because I have stuck around, is that I still have people from each of these periods still involved in my life. Different periods are filled with more people in a certain category than others and it’s not like I am friends with most these people but they are still in my life.

I can imagine in 10 years writing a letter to an activist friend from twenty years past that sounds as much like aliens looking for a rosetta stone as these first few letters and then finding it.

I didn’t identify with Marc, Vera or Adrian and I obviously didn’t identify with Claude. If I identified with anyone in Jasna’s or your narrative it was with Jasna herself and, much as you hate my saying it. with you. I identified with you, Yarostan, not because my life was anything like yours but because I wish it had been, particularly right now. I’m genuinely overjoyed that you’re finding in your present life everything I sought but never found throughout my life: a real and significant project with people who are alive and want to be. I came close to that kind of activity only once and you’ve just about convinced me that I wasn’t close to it even then.

This desire for authenticity is something that feels like something many radicals (current and former) leave behind during their search for self. Most of the normal people I encounter in my day to day don’t share anything even close to this kind of attitude. This sense of loss in the world that we live in. Perhaps deeply spiritual people… and some radicals.

But I want you to know that from the bottom of my heart I hope you and your friends are now creating the community I sought in every environment down to the underworld, the community I tried to invent in my novel because I never found it in my life.

This letter to a friend would be about a human community that we passed through but had no way to make permanent. Our moment together, like the carton factory occupation, was partial, temporary, and on some level empty. Empty because we did not have to tools then, and have found a way to make due since, to make the kind of community we desired. It’s hard to describe the number of ways that this great loss has impacted us. Making even a letter like this one impossible.