This week’s submission is going to be a little short. I think I need to pace myself (I still have eight weeks after this one) but there are so many themes from this week’s reading that I’must dig into, including a rich quote from Sophia about memory exercises, the concept that political people have “the good life”, a famous paraphrased quotation, and the generosity of poor people. I hope to touch on them in later weeks. This week I’ll keep my focus limited to how loaded perceptions are.

In many ways, during the time it stood, the Berlin Wall, the great wall dividing the West from the Soviet regime, helped clarify life in America. We were clearly separate from them and we had a clear symbol, with armed guards and not-so-symbolic bullets helping make the distinction crystal clear. The story of Letters of Insurgents is amplified by the existence of this wall during its authorship and the real divide between the authors. Today such divides don’t seem to exist and equivalent letters would read like muffled calls out of the postmodern malaise of this time or perhaps as Romeo and Juliet type stories set around Israel, Tijuana, North and South Korea or the Taiwan Strait. 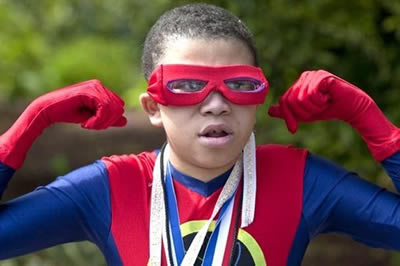 Our barriers are local at best and no longer encompass our entire existential existence… but of course they do. We are trapped by symbolic distinctions as shallow as red state versus blue state, cosmopolitan versus real (as in “real American”), etc. We suffer quietly in a kind of “unreality” where the ties that should bind us together as individuals and united groups are entirely in the hands of politicians, financial interests, and biased story tellers (aka the media). Once we had the people we worked with, the people we lived near, or the people who looked like us to organize, strategize and agitate with. Today we barely are able to figure out where we, as individual active agents, begin and end, physically, metaphysically, intellectually, etc.

This set of letters is powerful not because of the meanness of Yarostan or the defensiveness of Sophia. I don’t actually consider Yarostan to have been that mean (or Sophia that defensive). This is a set of letters about memory, interpretation, and priorities. This is the heart of the book and it is a very difficult read. Perhaps Sophia was correct in describing Yarostan’s letter as cruel but by a definition that is not common.

But this is the world. We observe the attacks made upon our bodies, and describe the shadows that attend disruptive phenomena but there is no critique as such to be made, no protest could be adequate to the continued diminution of personal life in the face of the perpetual throbbing of commodity spread. Power will do what it will, there is little (if we are consistent in our analysis) that we can do to oppose it.

–Nihilist Communism: Cruelty or the Inclusion of the Distributive Sphere

Cruelty, here, is the forcing oneself to frontally face the mirror of the consequences of our actions. To deeply understand the horror around our desire for everything good. One person’s gossip is another person’s dossier. One person’s romantic tryst is another’s life long love affair. Interpretation isn’t merely an exercise in explicating the difference between you and me but of the harsh consequences of people being completely different. It is not an exercise is equivalent truths between thoughtful, caring people but on a stage that is not controlled by us or our friends. Furthermore, this distinction exists within the context of the greatest project of all, of opposing the world of cops and salesmen and real people get chewed up. They get ground to bits.

For the sake of grounding my interpretation in the text itself I’ll pull out one major example: the questions about actors and stages.

Yet surely somewhere in your consciousness fragments of another experience must survive. An “outside force” did in fact define your project and make your decisions. It was none other than the politicians who three years earlier had helped clear away one army in order to make room for another. You and I merely recited the lines of a script, moved under the control of a puppeteer. Even the emotions we expressed were predesigned. You apparently liked your costume and make-up so well that you’ve continued to wear them after the play ended. The play was a show of the politicians’ power “among the workers”:, the plot dealt with the “workers’ struggle” against the politicians’ enemies; the climax came when the workers ousted Zagad from the factory. At that point, behind the scenes, politicians ousted Zagad’s friends from government offices; anyone unfriendly to the politicians was automatically Zagad’s friend. The union apparatus acted as puppeteer. Union politicians initiated the strikes, prepared the spontaneous demonstrations and lectured about the solidarity, power and determination of the working class. It was our role to confirm our solidarity by reciting our scripts, to demonstrate our power by gesturing and to show our determination by making faces. The play was educational: its main purpose was to instruct the audience about their lines, gestures and feelings. The feeling you still express today: the illusion of autonomy, the illusion that we were defining our own projects and making our own decisions, was precisely the illusion the play was designed to communicate.

While this particular play may not be common in 21st century America I believe most contemporary readers can understand what is going on here. Whether it is the machinations around putting together a school play or an insurrection there are usually forces in motion with very different goals (and often goals that aren’t even clear to the forces themselves at the time). This is especially true when they use the same rhetorical conventions. If experience, both personal and historical, tells us anything it is that it is the people who actually believe the words of the chants or the the mission statement of the group who end up being manipulated and “represented” by those whose participation has entirely different motivations. On the one hand we require facility with a certain kind of vocabulary that is distinctive to our project because we believe that the language around our project contains a kind of power, on the other hand facility with jargon does not magically align interests or predict future action. Politics is greater than belief[1] and a thousand heart wrenching poems stating otherwise is only evidence.

You describe my activity with you as a puppet show. Your description corresponds neither to the events I experienced at the time nor to events I experienced later. I’m not misreading your letter. I think I understand perfectly well what you’re saying. We thought we were acting freely while in fact we were being manipulated. Therefore we were puppets. Since we’re not in fact puppets but people, we must have turned ourselves into puppets. Therefore we manipulated ourselves…

Your analysis reduces a two-dimensional picture to a single dimension, it reduces two sides to one. The protesting students were on one side, the politicians and all other officials were on the other. The fact that the university officials accepted the student politicians as the spokesmen of protesting students doesn’t mean that any of the protesting students accepted them as their spokesmen. It merely means that officials recognized and embraced other officials and momentarily disregarded their club’s age requirements. By omitting the second side you lose sight of the relation between the two sides. You leave out what we used to call the struggle between the ruling class and the repressed class, the class struggle. The fact that the rulers recruit their agents from among the repressed doesn’t mean that the repressed are the agents of their own repression.

It seems evident to me that both writers are correct and are making different points. Sophia’s argument here is that the power of autonomy and independent creative action (aka the class struggle) is the important part of the story, perhaps of life itself. If the choice is between the politician and their backers or the protester and their friends, Sophia’s choice is clear. In her analysis Yarostan is making group identification entirely negative. If one member of the working class is willing to act the role of the politician then are the working class dupes of the politician?

Yarostan argument is that the specifics, or the intentions of the actors, aren’t particularly important to the reality of the 20 years he spent in prison, or the not-positive impact they had on the situation that they were in control of, not to speak of the world outside of their factory or their relationships.

This distinction, between the fatalist and the optimist point of view, is the political heart of the story and echoes throughout the rest of the book. The way in which each of the writers bounce back and forth in subsequent letters still resonates with me as I age and am hampered from my natural hopefulness by the experience of the failure of the vast majority of my projects with living people.