This time around I am not going to start with the first part of my notes (which I do chronologically) and end with the final notes but reverse my order. As a result of going A->Z I’ve probably given a lot more attention to Yarostan’s letters rather than Sophia’s.

Around the time I was learning from Letters of Insurgents I was reading a lot of other things. For around an 8 month period when I was absorbing the book I was reading about a book every day. I was working in a graveyard job and living my van in Ann Arbor. I was using this as an opportunity to raid bookstores in the area, the U of M library in general, and, in particular, the Labadie collection. This was my chance to hold on the original set of SI Journal and to really dig deep into the material that has shaped my life since. I’ll probably never have another intellectual period in my life as intense as this. The problem with absorbing material in an isolated vacuum (which is what I was in at that time) is that some things you get right, some things you get wrong. I enjoyed the incredible volume of material I was consuming. Later I learned that the mixture of science fiction, post-structural classics, and everything available in English from “the milieu” would garner me a decade of being called incoherent, dense, and postmodernist. 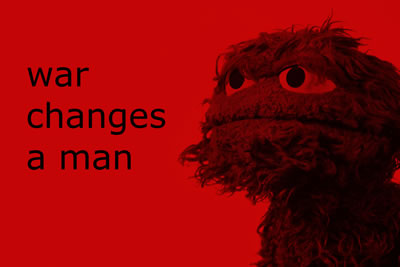 “Because I was a schizophrenic already then!” Sabina exclaims. “Or maybe that was when my schizophrenia began. I applauded because Jan had thrown a wrench into Luisa’s and Zabran’s machinery, and also because what he said made a lot of sense to me, and still does. I even understood some of the implications of what he said. During the days that followed he told me that as a boy he had lived among streams, forests and fields and had loved to explore their secrets; ever since he’d become a worker he’d been reduced to an appendage of a machine.

I am fascinated by mental illness. I’ve been around pleny of people who self-identified as having some sort of mental illness and several of my teenage friends were medicated. It’s always been a set of problems I’ve watched from a far. Even when I was digging the deepest into my own abuse history and personal suffering the way in which it manifested itself always looked like the typical self-hobbling and lack of direction that most teenagers suffer from. It did not look like Aragorn! == crazy. I didn’t quite understand how other people, people who I felt I was a lot like and who I understood pretty well experienced their pain in such different ways than me.

Reading Foucault was a lot of help. I get the idea that mental illness is socially constructed like the other invisibile tyrants of daily life. The idea that illness exists in a context1 makes sense to me and represents the kind of problematic2 that I can imagine enjoying in a time when there are no bills to pay, a world collapsing, and unchecked authoritarians running amok. I consider this analysis as useful as the other lever ideologies like Marxism, Anarchism, et al. True but not a great deal of help in helping me come to terms with survival, self possession and an action plan.

Here “Anti-Oedipus” was instrumental. I like Delueze as an author outside of this text but the exploration that this book does around schizophrenia helped me a great deal in thinking about life in misery. The pressures of life are real. They press upon us. There are no real ways to relieve this pressure, only ways to cope with it. For me I put all the things in my life that press upon me and I put them into boxes. I establish a great deal of time coming up with rules around each box. I keep tools separate from people. Work away from projects that have meaning to me. I am a functioning schizophrenic, but it is not an illness, it is survival by other means.

There was never any reason to repress anything I was doing. I’ve never been free. Free human beings can’t be repressed; they have to be destroyed.

The harshest criticism of this book is of me and those around me. We have devoted ourselves to a mythology. To revolution. To destroying all the things that destroy us. To a life long pursuit of knowledge and context and meaning. In this struggle we have not become free human beings. Or perhaps we have been free and have been destroyed. In our shattered state we have to feel our way along. We understand complexity and it hasn’t saved us. It has made us observers of life and inept at free action. The falsehood of the theory vs action critique isn’t that action (or theory) is better but that neither are sufficient.

I don’t agree with your friend Clesec’s suggestion that nothing at all changes when the workers themselves take charge of the existing production apparatus. But I do agree that such an act does not create a new form of human activity, since what is appropriated is precisely the old activity, the existing world. And this existing world is not a field for the realization of projects, but a negation of the very possibility of projects. It is not this activity, even if appropriated and managed by us, that we’re glimpsing on the horizon because it is at the very center of our present lives. It is what surrounds us now, what we inherited. It wasn’t projected by us but by the history of capital.

1. The context of social pressure to be normal, Western medicines biases, and the social scene around the identity of mental illness.
2. I can’t stand the word problematic. The problematic of problematic is pretty fucking problematic.