For those of you that haven’t heard I threw an event with Bob Black at our local infoshop on August 7th 2015. At this event local activist “Morgan Le Fay” came to protest Bob for the 1995 Hogshire affair and ended up punching him a few times (3) in the face. A month later Bob announced on Facebook that I was both a traitor and enemy. He proceeded to blow my pseudonym (incorrectly) as an act of vengeance.

Rather than speaking about my own anger at Morgan or Bob at their behavior I am going to give the eulogy–one I’ve been contemplating for some time–of Bob. 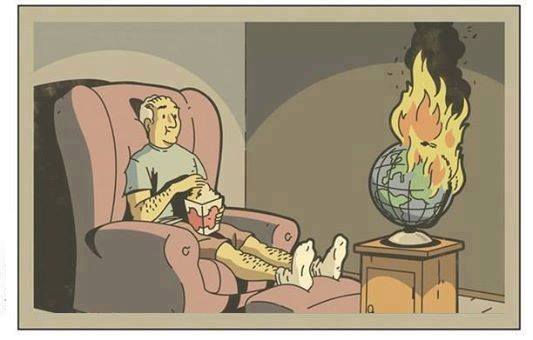 I have known Bob, not in his daring years when I could have been a co-conspirator to his minor offenses against local legends Processed World, not when he was at the peak of his power and railed against work at the Gorilla Grotto, but perhaps in his decline, as publisher of his last two books. But the relationship between a publisher and an author is a close one. We could safely discuss his entire oeuvre at length and depth. We could discuss our shared ideological enemies. I could share with him my goal of returning his name back to being on the cynosure of anarchist thinkers where he belonged, returning him from his exile (for his naughty behavior against Jim Hogshire, etc.). As the preening narcissist he has always been, Bob basked in my appreciation, of someone he delusionally believed to be a fawning acolyte.

I still believe that Bob deserves defending, and my defense of him follows in three parts: he survived, he did something (even if it was the wrong thing), and he did it alone (for better and worse).

I imagine become an anarchist in the twilight period between the end of the Vietnam War era (not exactly a banner time for anarchists anyway) and the rise of (albiet low-profile) anarchist punks must have been quite lonely. I can’t imagine having these ideas without the benefit of seeing what impact they had on relationships as they were tested out. One of my clearest experiments of this sort was when I moved out of a group house (the very next day as I recall) when they wrote my name to an objectionable task on the chore wheel because I was at work. I had Debordian fantasies and put my body on the line in their pursuit. But I did not do it in a vacuum. The day I left the house I drove across the state to a warm, waiting room with friends who were happy to see me. The situation would have been miserable if I didn’t have those friends, that shared understanding about Debord, or the money to have a car to make that drive.

While Bob isn’t the only survivor of his generation I have a giant soft spot for all of them. Their clarity about then is one of the reasons that we can be fighting different fights now. Specifically I am referring to the context of anarchism, workerism, the left, and ATR. I have so much respect for this generation because I caught the tail end of the Red anarchist menace and its mediocrity was asphyxiating. As an ex-post-left anarchist I’ve had enough talk of what the left should be (if only…) to last three lifetimes. Dodging the bullet of having to endure Great-Men-Talking-about-Revolution-as-if-it-were-about-to-happen (or already did) I still consider quite the achievement, which would not have been possible if it were not for the ones who survived and particularly for Bob Black.

But they paid a price. In Bob’s case an ass-kicking or two, for others it was different kinds of social exclusions, ones that reflected their personalities and survival skills. On another level they paid the price of loss of faith. Obviously we are talking about a secular kind of faith–a belief that when exposed to a correct analysis or critique people will change their minds–but a faith nonetheless. A faith that other people, strangers, are like you: reasonable, argumentative, and more interested in something-like-truth than in popularity contests or petty games. This loss of faith has created grumpy, lonely men but it has also created a neon colored sign post for us, the next generation, and for those who are arriving after us.

I realize that most of the anarchists of the post-left generation have exposed their own influences as being egoist but that wasn’t my perception of them or their position(s) during my first decade of exposure to them (prior to meeting them). It seemed to me that Anarchy: A Journal of Desire Armed was the American wing of a post-situationist perspective, full stop. In hindsight, I realize how little I knew but it was the SI that excited me when I was just an anarcho-tot. It was their practice of critique-as-action that made sense to me, and it was how I saw action that I wanted to participate in. The SI critique of what we would now call activism felt complete to me and, as a result, held no interest, it was complete. The attacks against groups and people of the same fighting weight did, and still does, hold me captivated.

This is where my defense of Bob is strongest. Whether in the name of revenge or his own sense of rightousness Bob devoted his life to fighting people and institutions outside of his weight class. We once had a conversation where I was expressing how not-in-a-hurry I was with regard to dealing with a slight because I held that the long view, the strategic view, would win out against hurried action. Bob made it clear that while he might have agreed with me about the likelihood of winning, my attitude was bullshit. The only time to deal with opponents is now. He meant it. He would rather lose the fight, and do it now, than wait and win.

This charming personality trait explains nearly every scandal and misstep Bob ever took. As he aged, his rush to fight took on the long form essay rather than the flaming poop bag, but the will to fight never waned.

This point, by the way, is why the activist insult against theory/critique people has always aggravated me. I try to give the activist crowd the benefit of the doubt that they do truly believe in the political practice they are part of “in the streets” and are not just using regular people as cover for their desire to see the glittering rain of a window pane. (The least they can do is realize that a vigorous internal conversation is a verb and not “doing nothing” but whatever.)

Bob has taught anarchism a lesson that has yet to be meaningfully followed up. We need to establish something like a set of rules, or a kind of terrain, around how to fight with one another. When Bob accused Ramsey, in the letter section of AJODA, of being a state agent (on the flimsey grounds that they needed to evade the consequences of the Anarchist Exclusion Act of 1901), there were two results . One, Bob broke an unspoken rule against snitch-jacketing and two, Ramsey took him (and the accusation) extremeley seriously. Ramsey placed a fatwa against that issue of the magazine (#65, which had quite of few strong articles) and did whatever he could do persuade us (including by threat of force) and whomever was in his sphere of influence (which mostly meant infoshops that inclined Red) to not carry it. By putting his (and by extension ours–as AJODA did the material suffering, since AK Press stopped distributing the magazine after this issue) body on the line, Bob proved an unintended point. He provided Ramsey an opportunity to show what Ramsey was all about and Ramsey’s response to that paragraph of text couldn’t have been clearer.

For those of us who are similarly inclined, this lesson should be instructive. When you throw your body, identity, and personhood into the fray you rarely get accolades or huzzahs. At best you get a clarifying moment on a tangential point related to but not necessarily central to why you were acting in the first place. What most people do with this information is hide themselves behind nicknames, anonymity, or silence, and we, as a politic and practice, suffer for it.

The power of one

Bob has never had an ally (or accomplice in the modern vernacular) as he made it structurally impossible for anybody to be (or become) one. There are many private examples of how this looked in practice but it’s an obvious point that if you are fighting for your interpretation of the singular right and correct position anyone who would join you has to convince you that they think the same way that you do and for the same reasons.

Bob’s life is a series of breaks from limited collaborations that is not disconnected from the Stirnerite postulation about organization only lasting as long as the participants in it gain satisfaction in that arrangement. Bob’s innovation, if it could be called that, was to (mostly) set fire to any possibility of future collaboration by way of personal insults and public declarations of acrimony. Let’s call this practice “angry egoism,” which can only be ameliorated by its target bending knee, thereby placing future collaboration on the unstable base of an explicit power-over relationship.

And these dysfunctions ultimately rise from the fact that every battle, every idea, and every break happened for Bob alone. He has had lovers and temporary friends but largely his life was one lived alone, with no voice cautioning consequences or suggesting a different pacing, no daily consultations in bed. The only voice in his head was his, amplified by a Debordesque diet of spirits.

By this cautionary tale I put Bob Black to rest. He was a clarifying influence in my life, largely as a negative example but also as a good writer, but one incapable of reaching the heights he reached for. He will be remembered as much for who he wasn’t as for who he wanted to be but this is the most anarchist of problems. Most of us will not be remembered at all as our shared Beautiful Idea is larger than each of us and continues on after we are gone. The best we can hope for is some contribution to that idea and as a person who lived and wrote in especially challenging times and circumstances Bob Black has done his part.