The Hammer – brief monthly reviews of the anarchist press

Even though publishing in the anarchist space was down a little this month (it being the end of the summer and all) we (LBC) attended the Seattle bookfair, which means this Hammer will be heavy on PNW (Pacific North West) publications. This is exciting, of course, because these publications reflect the high level of anarchist activity in the area over the past year. This next month includes a trip to Victoria BC and Minneapolis. I hope this means that the next Hammer will reflect recent Canadian & Midwest publications and activities that haven’t made it to the interwebz. 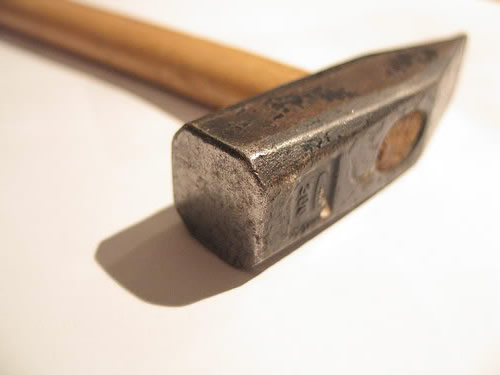 If your publication is more of the pdf/web variety send notice of it to me directly. There are already a couple dozen subscribers to the Hammer newsletter but feel free to add your name to their ranks. You can do that here.

On to the reviews.

This is a journal that combines activist ethics with academic aesthetics. It uses this alloy to “construct sustainable alternatives to the racist, hetero-sexist system of liberal-capitalist nation-states”. Clearly the forged weapon isn’t particularly lethal but could probably spread a mean schmear or something. This issue is particularly strange for me as I am cited in several of the essays to such an extent that I feel like the missing contributor. Perhaps the editors didn’t know that I have an email address. The topic of the issue is called Anarch@Indigenism which is fine (albeit a little silly) but the subtitle basically makes me gag: “Working Across Difference for Post-Imperial Futures: Intersections Between Anarchism, Indigenism and Feminism.” I really wish that an attempt at a deep understanding of a topic, of any number of topics, wasn’t by those who are chasing, or have caught, careers in knowledge production. As long as I’m wishing I’ll add that I couldn’t easily understand these essays, which made it hard to access whatever interesting information was conveyed by the authors.
Web, Identity/Academic

Burning the Bridges They Are Building, half sized, winter 2011

This is an extensive report back on the context and events of the anarchist intervention in the anti-police struggles of early 2011 in Seattle, WA. If I were to criticize it, I would point out that its comprehensive and dry style is a nice counter-point to the flowery and semi-mythical style of other reports from the area, but isn’t half as compelling. It is, on the other hand, far more useful. This should be the template by which other towns strategize anarchist activity over the next few years. Plus, the fact-inistas will enjoy it greatly.
Strategy/Insurrectionary

This is a list of the prison-industrial-complex profiteers who are located in the PNW. This is an interesting project because it asks, without asking, for action against a list of targets without being explicit. It also evokes a kind of journalistic reporting that used to be done by the leftist press but has been long since abandoned. It is activist without prescription, informative without preaching, dangerous without the restraint of responsibility. My concern is that it will sit in a pile of paper, or in a directory of a hard drive, without ever finding the audience who could properly consider the fact that those who constrain us have names, addresses, and commutes.
Download

In Defense of Conan the Barbarian, PDF, 2011

This is a fantastic and spirited anarcho-primitivist reclaiming of Conan the Barbarian. Not the Schwarzenegger version, although that would have been more awesome, but the original Howard version. It takes the original seriously and spends a great deal of time examining the definition of nature, violence, & social roles in Howard’s universe. It does err toward primitivist parody (for instance this quote is representative “Conan clearly has no love of or fear for the violent brutes who enforce civilized laws and oppress the poor and downtrodden”) but as we were informed of the author’s bias in the introduction it is forgivable.
Download, Anarcho-primitivist/Literary

This is an older (2010) publication on the “hooded ones” of Greece, but this is the first time I have actually sat down and read this unassuming publication. Its stated intention is to move North Americans’ understanding of the Greek experience away from the mythological. For that purpose, this project is a total failure as the selection demonstrates fascinating and exciting aspects of the Greek experience which are in no way transmittable to the US. If the difference between Greece and the US is as simple as self-confidence, then hearing another set of stories about successful organizing, free spaces, and life long trusting radical relationships doesn’t exactly demonstrate this simple difference or point a way for us. On the other hand this zine is a best of the We are an image from the Future book and worth checking out in lieu of it..
Web, Greece

Not Afraid of Ruins #3, PDF

Given the fact that I just returned from Europe, reading this personal zine/travel journal (visiting of many of the same places, including some of the same beds slept in) is very nice. The author lives a very different experience than I do, punkier, cut-and-pastier, and probably 15 years younger than I am. This journey spans Berlin, Milan, Spain, and much of the UK.
Download

This is a web instance of an Italian anarchist publication with a 40 year history and an open approach to anarchism. In their terms we want to discuss everything from God to the worm. This sounds great and this issue is indeed broad, albeit classical, in scope. It includes Proudhon, several articles remembering Colin Ward, an interesting article on anarcho-humanism, and much, much more. The closest publication in the US we have to this is Social Anarchism and similar to SA this is a publication of words and history rather than of the present and of the actions of anarchists today. To be specific, I asked an Italian comrade about this periodical and they nearly choked on the idea that one would take it seriously as the publication has been silent on the decades of anarchist struggle in their own country.
Web, Anarchist-without-adjectives

Tides of Flame is the bi-weekly paper of anarchists-with-a-threatening-posture who have made themselves known in Seattle, WA. Reported on were the twenty-odd anarchists who were arrested in July, including several around the intrusion of police-with-shovel into a party at their group house and then a mass arrest at their solidarity demo the next day. Also an attack on a DOC office in West Seattle. Each issue has a well done piece on local anarchist history including an article on the George Jackson Brigade and the Seattle General Strike of 1919. Additionally there is new analysis/theory in the form of a rich article counterposing species being with the creative nothing and another on the Crisis. Other local articles, including one on a local cop and another on a local infrastructure project, round out these two issues. Awesome project that I have no idea how they accomplish every two weeks.
Web, Seattle/Insurrectionary

What Lies Beneath the Clock Tower, book, Margaret Killjoy

This is the first book of a new anarchist fiction imprint and the first book (that I know of) written by Magpie (not counting his collection of interviews). It is a choose-your-own-adventure story which is a cute idea but isn’t nearly as compelling as I had hoped it would be. This is no fault of MK but a fault of the form, one that makes it difficult to hang together anything thicker than a children’s story. MK’s idea here is to put the reader into the role of protagonist and then push them along an adventure with a standard set of D&D/steampunk characters. The problem is that the conclusions are more or less arbitrary. There is no projectuality in this story and this means that it is an adventure for tweens and nothing more. But, anarchists need more of these too so… fair enough.
Publisher, Fiction