I have been traveling Europe for the past few months and have another month left before I head back to the States (and the large pile of collapsing projects that await me). Radicals in the US often have a great deal of envy regarding the social movements and general scale and quality of the actions that happen in Europe compared to the US. Usually this is attributed to the history, education, or continued maintenance of radical movements all of which I have found to be true and quite different than my experience in the US. I am not sure there is much we can do about these facts though, at least in the time I have left on the planet. I do think there is something that can be done with the other significant difference I have found between the US and Europe, which is social life. 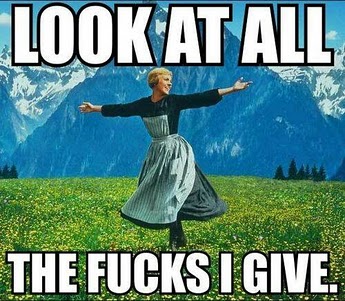 To put it simply the Europeans (with notable differences in each country) have a healthier social life, than we do in the US, both with their comrades, families, and the strangers on the street than we do in the US. I will try to examine some of the reasons why I think this is the case but obviously I feel like I can only speak to what I have seen which is the social life between comrades and not the full range of Euroradical social life. I will also try to talk about what I think we can do about it.

Remarks on the US & me

American social life is horribly fractured and alienated. I don’t say this as some critique of this or that faction within my general circles but as a statement of fact. Most people experience others only in the institutions that shape our lives; school, work, and church. As one ages there is a certain trajectory that propels one to shed the relationships of the past and to grow more and more isolated. More orientated towards sociability through work or family than anything else. Of course many find themselves isolated from the very start–only meeting like-minded people online and not finding people in real life satisfying or close. Whether by the Internet or the adage that OPS (other people suck) the dominant social experience in the US is lonliness.

For political people1 this social alienation corrolates to our inability to oppose the impact of the institutions that frame our existance, to oppose those institutions themselves. If each of us has only a certain amount of capacity that we use to understand, criticize, and then possibly take action against the existing order it makes sense that to the extent that we are alone(ish) we are less potent than we would be with others.

I feel as though I have mixed up my priorities as I have devoted far more time to my personal intellectual growth than to social connections. This isn’t to say that I wish I had done more activism or gone to more clubs but I do wish that I would have seen this problem (of alienation) from a distance and started working on more relaxed social solutions a decade ago. Instead my work has been on tighter and more disciplined approaches to lonliness. I don’t blame the Internet for this, I blame the fact that I resolved to do my projects with or without other people. Instead I had to (and have to now) find a way to find other people who are interested in the same approach to radical activity that I have.

I’ll try to specify the problems I see in this work for me personally but also more generally in the US context. The traditional way that my friends have talked about this problem2 is to talk about the fact that either people are wrong, they are snobs, or they are passing through. Wrong usually looks like participation in the left in one of its variants: activism, puritanism3, or academia. Snobs usually look like (and I damn myself here too) taking extreme positions that while possible correct (like the post-left) are absolutely isolated positions. Passing through, which is the dominant form of radical alienation, looks like the process of enchantment, education, experience, disillusionment and exit strategies that we understand, and correctly name when we see it, but haven’t figured out a way to abate.

Perhaps starting from an analysis of the problem is the wrong way to work towards a solution. I think that the structure of the solution is very simple but the will and details are a problem. The solution to the problem of the deep alienation seemingly inherent to US radical politics is people, space & time. This couldn’t be a simpler solution but we can point to the ways that each of these simple things has been disrupted over time, what makes them difficult to reclaim now, and why we tend to just give up.

This can be seen particularly in Greece but all over Europe there is something you can call radical space and generally there is more area where people can be together without buying shit than in the US. Greece, particularly Exarchia, is amazing with its squares, reclaimed parks, and even public benches used to meet, discuss, and even particularlize conversations. This can’t be overstated as an incredible boon. In the US the only place where we can meet is in an area of commerce, at work/school, or in a private space (a home or clubhouse).

Regaining space is a serious problem usually thought of as an isolated project. Often we (usually some variant of a couple or cult) find a way to buy (or just rent) a space together–at best creating a private space that a slightly broader definition of we can use but that doesn’t particularly attract anyone outside of our direct experience. The slightly more radical option is to be part of a social struggle that fights for and reclaims a space. This could be a squatted park or a house (or series of houses). It could be using an abandoned space (like a warehouse) for a meeting or dance party and then walking away from it. The US makes this project particularly difficult as property has a value greater than any other (including human life) and even abandoned property is usually assumed to be worth defending by the state against any encroachment.

Second in importance to space is having the time to spend in space with people. Time is a wonderful abstraction as it only exists in order to commoditize it but here we are spending it (buying it) entirely on paying off the security guards that defend property, that allow us a place to stand or lay our heads.

In Europe there is still, largely, enough of the social democratic arrangement in place that most people can find a way to not, or barely, work. In some places this means that there are large bodies of people sitting around drinking beer. This is fine, I don’t have a particular problem with how other people spend their time, but my larger interest is that this arrangement also means some people spend their time hatching plans, conspiring.

I like people. I don’t need them to be revolutionary robots or to even particularly agree with me. As a matter of fact my favorite people are agents of chaos who disagree with me in ways that tickle my fancy. The individual people around me are both entirely unimportant3 and entirely necessary. In the US social life has become increasingly filled with lists of “friends” that we can quantify and measure but whose qualities and lack of reproducibility is entirely forgotten.

I have seen in Europe that the strongest political groups begin with groups of friends whose political life looks like a daily life that includes each other. This looks like intentional living and daily meetups in public space. In the US we are together, as radical subjects, only as long as our shared living space or clubhouse lasts and no longer. Our friendships tend not to have political relevance or when they do they are the relevance of cliques.

To restate the problem in a word: isolation. The solution simply put is people, space & time. This is all highlighted by the way in which my European experience demonstrates the ways in which the US is flat in comparison to the topography of relations in space over time. We have, in comparison, some bursts of activity in nearly random places on occassion. This may be an intractable problem and definitely speaks to my deeply pessimistic attitude towards social change or even social relationships with people I would feel comfortable calling comrades. I would like to believe there is still potential so I’ll wonder aloud.

There is not a chance that there will be social democracy in the US in my lifetime or that the American attitude towards property will shift towards a balanced perspective, not to speak of an abolitionist one (which is my preference). This means that the simple solution to the problem of social fracture will probably not come from an easy solution like squatting more homes, finding more cracks in the welfare state, or even ending the invasion of hipster cliques into the project of shattering this world.

Here is where I think there is potential and my future projects will lead:

That’s all I have for now but suffice it to say that I think that there is plenty of room for experimentation in this potential and once that runs dry, I can always go back to Europe for a few more months.