A review is in order.
I read Letters of Insurgents as a great work on how to do criticism: a humane story about two sharp people cutting each other to size in appropriate, if harsh and perhaps mean-at-times, ways. This criticism ranges far beyond the tome of Letters of Insurgents or the dynamics between two writers on either side of the Berlin Wall. Each of us is confronted with a great isolation in modern society that we are unable to speak to or from due to lack of tools, models, or closeness to others. The critical model provided by Letters of Insurgents has been personally influential in its demonstration of each of these elements. In the first few weeks the focus was on criticism (by which I also mean closeness). Now we are discussing the tools and models by which we could break down the colossus of the existing order.

Y6 begins with a firm rejection against S5’s expression of love. 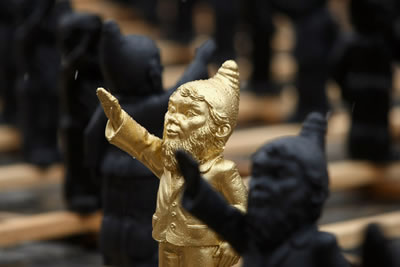 I’m embarrassed by your declarations of your love for me. I can’t honestly tell you that I feel or ever felt a similar emotion toward you. I failed to make this clear to you at the very beginning of our correspondence, at a time when I was nothing more to you than a one-time friend you hadn’t seen in twenty years, a stranger to whom you hadn’t yet bared the secrets of your life…

By vomiting up the repressed experiences of your life, as you so vividly put it, you set off a similar process in me, in Jasna and in Mirna, not only by your example but even more by what you brought up. We didn’t respond to your letter with our minds but with our stomachs, with everything that’s inside us.

If you will forgive me a generous sidebar I appreciate Sophia far more in this discussion than Yarostan. This isn’t merely because I am a romantic at heart or battle the same gendered demons as Yarostan. It is because Sophia’s expression of love, even a cheap American love, is generative. It is a sign-of-life when circumstances can be terrorfying. The impulse to take the terror of existence in a reactionary direction has become the standard operating procedure for most people, which is a great tragedy. Instead, and I’ll follow Bataille here, I believe that there is an incredible abundance of energy. Life energy. Love energy. The energy to act in ways that have yet be circumscribed by the pedants and legistators of reality.

Under present conditions, everything conspires to obscure the basic movement that tends to restore wealth to its function, to gift-giving, to squandering without reciprocation. On the one hand, mechanized warfare, producing its ravages, characterizes this movement as something alien, hostile to human will. On the other hand, the raising of the standard of living is in now way represented as a requirement of luxury.

The process of love & vomit, expressed here, leaves both participants better for it. We don’t have a finite amount of love that once spent is used up, leaving us dessicated and passionless. Similarly there aren’t enough ways to express our disdain and disgust with… well just about everything. Both are true. Neither are enough. Nothing is enough. The rich tapestry that should be woven with acquaintences, partners, friends, and lovers has been unravelled by Abrahamic moralism and romance shaped by Victoria and Industrialism. Whats left is barely worth vomiting OR having love on.

Althougth the point is simple in this essay from Peter Gelderloos, it is salient. “Capitalism is based on cognitive dissonance, on trained self-betrayal.” This is an echo of Society of the Spectacle the sign post directing the traffic of modern radicals from historical re-enactment to something akin to a new start. But Peter’s point can also be seen in today’s headlines about failed (and never attempted) strikes, slowdowns, and even in the way that information has become a substitute for meaningful conflict (which is not to say that wikileaks isn’t fighting the good fight but that a headline is a tragic distraction from issues closer to base need). Hell, keeping to the insanity of just today’s headlines, it appears that even our own self-monitoring will soon be outsourced as paying the military wing is becoming too expensive.

“That’s all that counts in my philosophy. The strikes are only the first step; if they don’t lead to what you’re describing, they’re nothing. In a strike we only announce that we’ve had enough of this repression of life, this non-life; we express our refusal to continue being chained to machines and cowed by police. But it’s obviously not enough to announce that we’re coming to life; we have to do what we’ve announced, we have to find the nerve to live, to dance on the tomb of the repressive apparatus.”

These repulsive headlines make sense when it’s become so easy to become crushed by the apparatus of poverty and prison. When the few who step out of line (again the recent headlines around the Oscar Grant verdict protests come to mind) are vilified as some sort of paramilitary agent of chaos when all “we” want is a “community response” led by politicians and other agents of order. None of this has changed since the writing of Letters of Insurgents when Detroit was still in shock (from which it has never recovered) from the riots of 1967. The neighborhood at the center of counter-cultural life for Letters of Insurgents (and the office of Fifth Estate for many years) was the Cass Corridor which was literally chopped in half by the insertion of freeway 10 after the riots, arguably to sever the counter-cultural area from the major housing projects on the west side of the freeway. What is true in Detroit is true in Oakland.

Mirna tells a story about her relationship with the devil that is likely to resonate with most readers. The part of the story that I enjoy is the richness of the mythological framework. It is a classic one (devils playing a leading role in most monotheistic religions), that is in high contrast to the needs of industrialized society and that continues to resonate far beyond its expiration date. We still sing of devils, dress as devils and, at least in the west, have a pretty clear understanding of what the devil is capable of and interested in.

“My whole life’s meaning is built out of such coincidences!” Mirna snaps, and then proceeds to silence me definitively. “Marbles experience coincidences, Yarostan. People experience meanings. Don’t you know the difference? I knew what I had done, and so did the boy. He was terrified; death itself couldn’t have frightened him more than I did. He avoided me as if I carried the plague. Not because of what I’d done to him in the clearing but because of what we had both done to his father. If he were here now I’d make you ask him! His fear made me afraid, afraid of myself, afraid of that devil’s sword my mother had already seen in my hand.

We suffer for not having other rich mythological frameworks like this one. We suffer for having belief systems that only range the desert between Darwin, Marx, Smith, and Jesus. I would rather hear talk of 9/11 conspiracy than the glory of the light of jesus or the truth of evolution. I fear the lack of new religions more than I fear the belief in things that aren’t true. Truth is not at issue regardless of protests to the contrary. Money isn’t real and yet we are ruled by it. Government isn’t real and yet we march in line to its calls. The devil is as real as all of that and I am entirely sympathetic to Mirna’s relationship to it. It is the relationship that we develop to these ideas that provide them form, and spectacular reality still trumps the world of pixies, hobbits, and dancing robots with laser beams.

the primitivist and the theorist

S5 includes some of the most common caricatures in radical circles. They are humorous but slow-moving targets.

Watch where you step; he doesn’t use the bathroom if he can avoid it; Civilization destroys Nature’s cycles and all that. But he’s afraid he’ll get lost if he leaves the path. I walked him up and down the path the first time we visited him, when I realized he hadn’t left the house since we’d taken him to paradise.”

The hermit sitting on a rock was unrecognizable to me. He was as “abandoned” as the forest surrounding the lake. Hair hung down to his chest, his face was covered by a filthy beard. As we approached him, my heart pounded and my brain incessantly repeated one and the same question: am I responsible for this?

At first I found him altogether incomprehensible; he uses expressions like “desublimation of eros” and “supersession of alienated being” as if they were part of everyday language. Gradually I realized he was merely expressing my own goals with a language he’d borrowed from a newer radical literature than the one I had read. I shouldn’t say “my own goals” so matter-of-factly, since that makes me seem terribly wise while it makes him seem unoriginal. He does express several things that are new to me. For example, he doesn’t only talk about putting an end to coercion, to external, physical repression, but also to internal coercion, self-repression, the repression of one’s own desires. Yet his behavior conflicts with everything he says about desires; he’s a perfectly proper, completely serious young man; I actually doubt that he’s ever personally experienced the desires he describes at such great length. Once I asked him if he ever thought of sex. He answered, “Obviously; erotic play will occupy a central place in the disalienated gemeinschaft.”

As entertaining as these sweeping-generalizations-made-personal are they do point towards a strong ambivalence by Perlman towards models and modeling behavior in any way other than with hostility. Whether it is a lover, believer, politician, scientist, or ideologue the lesson from Letters of Insurgents continues to be a thousand “No!’s” for every yes. A great lesson but one that demonstrates the break between a kind of possibility envisioned by Letters of Insurgents and what most of us experience as possible in our daily lives.