Most of my associates have not been following this project over the summer. I have been excited about taking on the intensity of writing (and reading) every week but have done it largely alone. The web site hasn’t been that active. Comments on my blog have been nearly non-existent. Even the weekly study group at the center of my social life is reading this book without me (as my job has interfered with my ability to be with the group). I have even avoided, by and large, reading the contributions by Artnoose and others out of concern of repeating points, losing focus, or being responsive rather than proactive in sharing my thoughts. I approached this 10 (12) week project much as I approached the book itself, alone.

People who live their lives in close proximity to books, through books, against and for books, are often alone, lonely people. You can often tell us by our improper pronunciation of terms we have only ever read, our vocabulary that includes more words than the average 15,000 and uses colloquial terms as readily as modern. We also exhibit the alarming characteristic of having deep relationships with the books we read. Often closer than with people, even when we have access to them. This trait can be seen in embryonic form in the near cos-play of young readers of Harry Potter or Lord of the Rings novels where the richness of the books universe exceeds the suburban cultural poverty of most of its readers. In adult form I work with a woman whose job title is security guard but who in fact spends every day embedded in books–barely interested enough in the affairs of man to lift her head to look at the bank of screens in front of her. 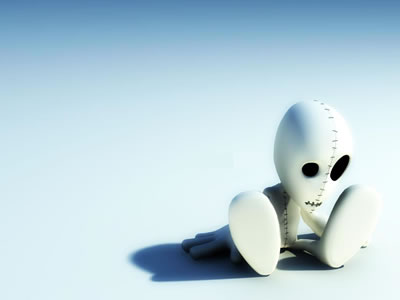 As it turns out I have to fight to not join her in a better world right now.

This novel was part of my process of expelling myself from the gravitational force of fantasy. This was not because I identified so closely with the characters. This reading has really cured me of identification (as I expand on in my comments on letter 7) with the characters, but because the ideas within the novel pushed me out of pages of books. Life is not in there but out here. I still have great love for books and even position them at the center of my affairs but they comprise the set of simple machines from which to build rather than the artifice themselves.

This book, Letters of Insurgents, it turns out, knocked down the piles of books that would have otherwise been the only way that you and I were able to communicate.

The social circles that radicals live in, and I speak largely of post-AIDS crisis radicals in North America (PACR) (which are the only ones I really know), have a tortured relationship with sex, sexuality, sexual relationships, etc. One of the many ways in which Letters of Insurgents serves as a bottle in the ocean from one side of a divide to another is regarding its discussion of sex–particularly taboo sex. Letters of Insurgents‘s entire arena of interest, regarding sex, seems orthogonal to the experience of most everyone I know.

On glancing at the other posts on the book (most of which are written by women) I notice a lot of attention has been given to this topic and this theme in the book. Completely related to the first point I make regarding sexuality in radical circles is the impossibility of me even getting into this issue. I am torn between wanting to speak to it (the topic), against it (the taboo of male participation in the discussion), about my own experiences, and to speak in such a way as to guard myself. Rich material indeed. Let’s at least explore why I view PACR as having a tortured relationship with sex.

I am in the first (and only) wave of children of the free love movement. My parents loved (and had sex) wildly. In point of fact this was the principle way they attempted to break with normal (normative) society . My childhood was around sex. Humans having it near me. Breaking up because of it. Having medical procedures as a result of it. Sex, sex, sex filled their shallow lives with the belief that they were tearing down old values and actually doing something which they weren’t doing at all.

Couple this with the cultural values of Native America. I am not going to dwell long here but it is worth mentioning that modesty has a high value in Native culture and that my time in the Seventies were filled with complications resulting from a modest culture abutting one that prioritized a kind of freedom that was neither free nor modest.

Again, I want to dance along my personal time line so as to speak to the taboos of the book (so forgive me for a break that might feel like a disconnect). Here is a block of lyrics from a band from the Eighties that talked about sex in a way that was compelling to me then… and now.

Oh, but don’t mention love
I’d hate the pain of the strain all over again
A rush and a push and the land that
We stand on is ours

I don’t actually find the specific crisis of child sexuality to be a compelling theme in the novel. I believe that many kinds of situations could bring up the explosion that Yarostan inflicts upon his family and that forbidden sex makes the issue titillating but not compelling. I think the same, or similar, pressure was put on Jasna in the final chapter to far greater effect. The question of crisis, what brings iton, how each of us will deal with it when it comes, is exceedingly important. The book demonstrates, through several examples, a point that I find disconcerting in our broader culture and have yet to find my way around. In times of crisis between people who you know, people you have face-to-face relationships with, the most likely outcome is fracture, pain, and cleavage. Because, in North America, political life is so short (between the age of 18 and 25 and then never again) there is very little experience with the constellation of feelings around crisis. Instead life’s crisis is only considered part of family life and that cultural responses are the only ones experimented with.

To put this point another way, when you live in a culture that valorizes effectiveness it is not a surprise that people see taboos as nothing but distracting wastes of time that should be handled violently, sex as for procreation (especially after the AIDS crisis), and winning as far more important than how one wins.

On the one hand Mirna and Yara’s setup of Yarostan exposes his hang ups and lack of ability to handle a crisis appropriately, on the other their setup of Titus and Jasna determined the future of their relationship and demonstrated that impacting another person’s life is much easier than one would believe. The force that it takes to push others around and stand on their land is easier than we may believe and can often be confused for something we would do as an act of love or passion.

One of the few points of constructive criticism that I receive time and time again is that I expose interesting ideas in a lot of my writing but never follow them up. I make half my point and leave the rest to die on the vine. This is by design, and perhaps may never change. I am sensitive to an increasing problem in modern discourse that I feel like I have been guilty of but want to try to parse a little bit here. The problem with much of modern discourse is that people don’t actually want to say something that they can be held accountable to later. For anarchists there are obvious problems where one day you may argue for class struggle as the only way in which society can be transformed and then later decide that working with small groups is the only way to be effective in social transformation. By making the simple, strong point earlier you limit your future ability to sound like you know what you are talking about. It makes more sense to bifurcate and hedge, imply and infer, rather than to state smaller points emphatically and accept that former positions are wrong.

To take a more recent example, in the prior section of this little piece of writing it could be read into what I am saying that a certain approach to fucking is tantamount to, or at the very least the antecedent, to genocide. This isn’t the kind of thing I would actually say with much conviction but isn’t an unfriendly turn of my phrase. Just one I wouldn’t use. As a result of not saying things in such a clear, provocative way I am accused of being unclear. This may be the case but is also not the case. Alongside the thread in which I placed connecting sex and booted feet on other peoples land is one about the futility of winning when it fractures a person’s life, the utility of sex as procreation in the shadow of taboo, and several others. When you speak in clear declarative statements you make simple points clearly and dishonor others. As a writer I want to speak to all of these things and not just the crassest of my own points (as firmly as I may believe them).

This confluence between simplicity and coherence can be stacked on the kindling of the irrelevance of radicals in North America. We seem neither visionary nor clear enough to win. Our strategy isn’t possible enough to get behind or impossible enough to embrace anyway. We make a kind of sense but only if one chooses to separate themselves from everything they know, every value that shapes their understanding of the world, every friendship they made till now. There are no surprises in the people who pass right through these crazy ideas and dreams.

And yet we still have them and for those of us stubborn enough to stand still, enjoy the time we have with shooting stars.

Letters of Insurgents is not a book about winners. The victories that occur are quiet victories that make a different kind of sense to those of us who have made the cognitive break from straight society. I imagine others can get a lot of things out of the book but it is a book targeted straight at the heart of a loser like me. I will never be able to put my ideas about how to live into practice in anything other than the most fleeting of moments and spaces. I will never turn back the tanks, hang the bureaucrats, destroy the interstates, erase the bombs and guns of states, or live in a real community that is free from property and violence. Letters of Insurgents made a convincing argument that this was the case and made just as convincing of an argument that I needed to pull my head out of my books and try anyway.

I have been humbled to be a part of this project and to have at least a few other people interested in my thoughts on this book and its impact on me. Hopefully you will share something you love with me next time.

2 thoughts on “The Great Lesson X – Humility and endings”