I’m thinking a lot about what we (in the US) get absolutely wrong in (anti)politics as I am traveling in Europe. My last piece was about sociability and the structural difficulties in working with other people in the US context of no commons, people passing through, and the near requirement to full time work for survival (in much of the country). This time I am going to talk about consciousness and the suffocation of radicals by moralism usually learned from the protestant upbringings of most of the US but also from the newer religions of secularism and counter-cultural politics. Consider this a draft of some ideas that I will try to expand on later.

More importantly it is a self-criticism and a break from my own past & choices. You can laugh as long as you are not sanctimonious about it. I still believe in drawing lines. 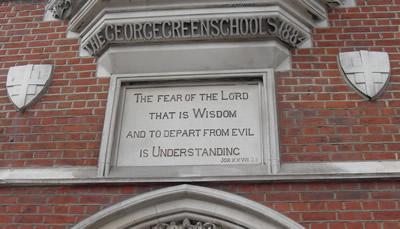 I spent a lot of time digging into the cultural implications of the religions of Europe. My review is cursory and based on the limitations of my contacts in Euro-radicalism but I feel confident on the level of observing some differences that are worth sharing without pressing too hard on any conclusions. For starters, most of the people I have met haven’t really even thought about the issue. Perhaps this is true in the US also but my experience growing up in the northern Bible Belt instilled a certain necessity of understanding the impact of religion on cultural & social life. I’ll be specific and talk about a couple generalizations from around the country.

The major protestant religions in the US are Calvinism, baptist, Lutherans, Methodists, and Presbyterians. There are a scattering of Anglicans (although I’ve never met one), Amish, congregational, etc but these are the major ones. My specific history is with Calvinists (meaning I grew up around them but I’ve never even been to one of their services) and here is a nutshell on what differentiates them from other Christians.

I’m sure they believed other things but these two things alone is enough to realize what a cold and formidable religion this is. As a result they created cold and formidable things in my town that largely dominated the psychic landscape. The children who broke with their religion (and eventually returned) tended to classic (aka boring) breaks; inebriated, sex starved monsters. Passionate moments to reflect on during later lives of monotony and cold, as shame is a warm emotion.

Baptists are creatures of a different suit entirely. Where the Calvinists are tight and disciplined in their impoverishment the baptists are fairly wild in theirs. Much of what we understand to be characteristics of the American personality are, in fact, Baptist traditions. Specifically the four freedoms (which most Baptists accept) which basically boil down to the idea that your soul and salvation are a reflection of your individual relationship with the savior (and your interpretation of the holy of holiest scriptures). Baptists don’t need anyone but their bible and Jesus which is about as American of a doctrine as I can imagine.

These two religions vary wildly from the protestants. So much so that it is hard to believe they all are into the same zombie myth at all.

The Catholics are the original recuperators, taking whatever cultural artifact they encountered and rebranding it. The result is a conservatism that would be seemingly inherent in a 2000 year old institution. In Spain and France the role of the Church seems be entirely defending the cultural, social, and political gains it has achieved over that time. There is no real sense of a missionary zeal in these countries, only old buildings and a certain sense that the world is passing it by, but it doesn’t matter because it is the world-in-itself.

The orthodox are fascinating to someone who hasn’t been around their particular brand of archaic outfits and long beards. As exotic to someone from the US as the Muslims these people are the original Christians (the split was at the council of Nice and the composition of which texts were to be in the holy book we’ve been plagued with every since). A cultural artifacts that are notable with the Orthodox is the priest vow of poverty. This is also true with the Catholics but their thousands of years of hypocrisy make them a little harder to take seriously. With the (Greek at least) Orthodox this isn’t exactly the case and more importantly continues to be a social/cultural imperative. Greek society does not link wealth with holiness in the way that several Protestant sects do and the difference is real. Yes, it makes anarchists seem less crazy, but it also places the small business owner at the center of the Greek imagination.

Another example of this is to examine the prevalence of security cameras in each country. Greece has a very low number of security cameras with a generalized social repulsion to the idea that public space, and individual people in that space, should be recorded. This is somewhat related to a discussion of their tradition between the relationship between Idols and icons but as was described to me the Greek “face” (the actual human face of a Greek person) has a value that cannot be recorded. I can’t make this shit up.

Contrast this to Northern Europe, especially the UK where you cannot travel without being imaged by CCTV 300 times a day which likely correlates to the weakly ideological nature of the Anglicans requiring a process to verify trust. But also to the Calvinist Dutch who actually pedagogically believe that privacy is irrelevant because judgement is only possible from God who can see everything anyway).

Obviously I’m not painting enough of a picture here but the premise I’m working on is that both the Catholic & Orthodox are much older, sedate religions (even if they ostensibly worship the same bearded guy) than the Protestant one’s I know in the States. The impact resonates in the cultures themselves.

The even newer religions

I don’t believe that there will be a holy war led by these old religions. Not in my lifetime and probably never again. I would not say the same about some of the Protestants but I think it is quite likely that they will continue with their mainstreaming strategy (public participation in political and cultural crafting of the US) along with nurturing their lunatic fringe. I also will not say the same about other identity-religions.

Before I begin I’ll caveat. I believe I will make a stronger criticism of identity-politics another time. At this point I am scrabbling about myself, figuring out a way to distance myself from my own sense of false unity and self-betrayal that has surrounded my own participation the lie that we understand as identity. And the confusion we (in the US) have suffered from the secular mantra of the “personal is political” never realizing we were actually just repeating the gospel of Luke in different words (cite 1 and 2).

The formation of synthetic identity will be the new terrain for holy wars in this century. It may not be the vegans vs the paleolithic diet, instead it may be the equally fabricated Wahabi or Westboro Baptist Church that sets it off. What is important to argue is that the ideology of nation-as-identity is fading fast. I am not American and nearly no one on the globe is fighting for the glory of their own Nation-State (with a very few exceptions of course). But I have been, on the other hand, a handful of other labels that I was willing fight for yet didn’t have any tie to bind me but my own belief in them.

This auto-generation masks an existential point. We crave people. I craved some sense of place (meaning people) since there was no real place for me in the place I came from. In our search for place we attach ourselves to identity as a way to find a common vocabulary, a way to find people, and mission accomplished, we usually find them. It takes nearly a decade (measuring for instance the average lifespan of a punk, anarchist, or vegan) for most of us to realize that the unity that we have in these synthetic identities isn’t real connection, place, or enough to fill the loss. Especially since these new programs don’t have the infrastructure to fake real they have yet formed significant militias, creches, or old age homes.

A new moral framework with the added benefit of the illusion of Real Human Life ™. It also is a fair restatement of many substantial critiques of “the subcultural” which is why I want to be clear that what I’m saying is not a dismissal of people who participate in (sub, anti, or counter)-culture. I get it and I’m not trying to distance myself from the need that contra-culture represents. Instead I am saying that I realize now that this need isn’t possible to fill, not with one synthetic identity or another, not with religion, not with family.

This means that while I still have some connection with my contra-cultural past it is entirely on the level of liking the same music, sharing a preference for good food, and liking the same books. I am no longer set of terms but something else… perhaps just another person whose frustration with the language and so many of the people I have met along the way has just grown stale.

How I would rather put it is that the new post-secular religions haven’t improved on the source material in a significant way and draw far more from it than they would like to believe. Veganism isn’t going to change the world, end animal suffering, or much of anything at all except fill a different set of people’s pockets. DIY hasn’t made people particularly engaged with their own life, hasn’t slowed down the flow of products from China, and done much of anything except fill a different set of people’s pockets. Anarchist hasn’t created much anarchy.

So here we are, left in the rubble of Christianity. Anarchists have, by and large, avoided religion as a topic for criticism for the past 50 years out of some misguided tolerance but this has been a mistake. Religion, in the form of morality and Christianity, absolutely frames us. Our counter-cultures, our radical politics, our missionary zeal and our acts of contrition are all fruits of a poisoned tree. In the past I have called this tree European thought, but that is perhaps too abstract to be helpful. Perhaps this rant against religion and the way that it permeated everything that we believe is a little bit more grounded, but probably not.

4 thoughts on “The problem of moralism”