At the end of week three I was still glowing from my first day in New Orleans. The glow has faded now that I am a couple thousand miles away. The trip is over but it’s not completely gone for me. I look forward to seeing New Orleans again and seeing if the Iron Rail can continue with the energy of the first annual event into the future.

This final trip update has taken longer than anticipated because I’ve been spending the past week sleeping. Traveling for so long, alone, left me exhausted. I can still stumble along but only just. I’ll discuss this more in the conclusion. 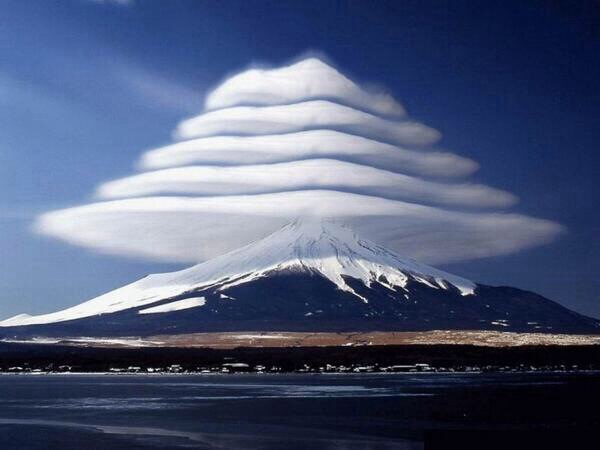 In the realm of ridiculous ideas driving nonstop from New Orleans to Tucson isn’t the worst one ever (an award that goes to a similar drive from Nashville to Tucson on my motorcycle in the 90s) but it isn’t a good idea. For starters, it took about 20 hours behind the wheel (not counting the necessary in seat naps). Next, and I totally have myself to blame for this, road food is total shit. Finally, and this does go without saying, Texas is really boring.

I was hoping to drive through Texas primarily at night to avoid the boredom of it but barely made it past San Antonio before I conked out. This meant the entirety of West Texas, which is really the worst part, I endured in a bleary haze.

This turned out to be the worst part of the trip not because the drive was so bad (although it was) but because of the ruined plan I had for it. I had this harebrained scheme that during the long drives of this trip I would use a digital recorder to put down my ideas for a couple of writing projects. It turns out that as important as the time and solitude is for this kind of work what is more important is the head space. While I did have a few moments of inspiration during my long drive it paled in comparison to a drive a third has long right after an evening of exhilarating conversation. During that day I mostly finished an essay and notes on a couple of other pieces as long as that.

Interesting thing about Tucson is that I have done a few different events there and each one has felt totally different. What I know now, but didn’t before this visit, is that Tucson is a town of transients. It makes sense of course, because 110° summer days aren’t livable for the humans but I didn’t realize there was such a circuit of @ who traveled around based on the seasons. There is and they winter in Tucson.

Like a lot of towns, the feedback from my presentation wasn’t that useful for me. While a few people seem to understand what I was getting at, what my motivation was, and that we were on the same wavelength the majority of the crowd seemed highly ambivalent. On the flipside, I was texted by the event organizer right after I left who seem to think that what I said made a real impact and was going to be useful in catalyzing future discussions. That is more than I could hope for.

The Phoenix event was very small and half the people who showed up seem too young to care about stupid shit like infrastructure or conflict. It was the event that the most eyeballs on cell phones of any other event than the one I did on campus. The other half are the people who have been around for a long time in the Phoenix/Tempe area and who I have a fairly long history with. We had a pleasant conversation that only seemed slightly annoying (as measured by eye rolls per minute) to our texting youth.

Then I got to drive home.

And the day after I got back our little community threw its own anarchist bookfair. We call it the East Bay Book and Conversation Event but everyone has abbreviated that to EB@B.

Was there to say about a bookfair? It is the best place to see an anarchist that will most definitely (probably) not involve somebody getting arrested. It’s a glance into how vibrant anarchist publishing space is (short answer: not). In the Bay Area it’s a window into just how crazy big city life can make you. Perhaps as a sign of poor outreach this year’s event didn’t kick anybody out (and only had one eviction from a conversation). Last year there were three(ish).

They were probably have as many attendees to this year’s event is last year’s which is strange because last year’s event was seemingly more precarious because there was a real threat of rain all day long. This year, on the other hand, the day was beautiful and a little crisp with no sign of rain at all. Our outreach and general excitement level was much better in 2012. Couple this with the relationship between anarchists and the fall harvest season and the smaller attendance was not a surprise.

Realistically, the space where we hold the event at seemed full all day (ridiculously so last year) and constrains the event far more than our lack of outreach. Perhaps another constraint is that the organizers of EB@B are starting to reflect a different (older) demographic than a lot of the audience. This seemed reflected in the lack of enthusiasm for parties or extra curricular events in general.

Finally it’s worth mentioning that karaoke was a limited success. Only 25 to 30 people stayed around for it but that was more than enough for a couple hours of amusement. I’m mostly inspired to do more karaoke at a better venue with better timing. I do feel like after bookfair events at the venue itself are doomed to failure. I’m going to propose the next year we extend the hours of the bookfair itself.

I’m not sure what to say about the concept of my presentation. Somewhere in the idea of “conflict infrastructure” is something I do think is important but I am not sure that a speech is the way to approach the problem. If I wanted to tell anarchist North America that it’s time to build to last, prepare for internal and external kinds of conflict, and have a sense of humor about it all I guess I could write an essay, maybe a book. But if I want to take people by the shoulders and force them to do the same it gets a bit more complicated, cuz you know… consent and shit.

This is where my head was at about a week into the trip (in Minneapolis). I knew that the difference between saying something and actually taking part in making it happen is the difference between me and people who are better public speakers than I am. I’m not trying to be humble about my technical capacity to memorize a presentation (which I suck at) or be compelling or charismatic (which I don’t) but brutal about something else. It’s not that I think that it’s not possible to be an anarchist and to speak to an audience in declarative statements (you should, you must, etc) but I’m not sure how I can do that. It just doesn’t feel natural and normal to me. I realize this is a strange counterpoint to the fact that it does feel natural for me to be insulting or shit-talking about people that are seen as leaders or inspirational but the difference is humor.

If I could find a way to be funny about declarative statements I’d do that. Maybe a series of ridiculous veiled threats or a commitment to a Bible thumping preacher affect but neither of these appeal to my desire for playful conflict. I don’t hit the metaphor too hard but there’s something about fencing and the idea that the actual act is in the feint within a feint within a feint that I adore. This is distinct from some kind of put-on, as honest as it may be, that I’m just average folk coming off the mountain telling y’all about what I’ve learned, about my country wisdom, my authentic knowledge, my truth that is soon to be your truth or come hell or high water you will pay.

Additionally, I’m not sure that it’s possible to talk about politics in the US. This might seem like a rather jarring transition but it’s how I feel based on the blank faces I encountered during many of my stops once it came time to have a conversation. I think that there is a certain apolitical side to American anarchists that’s more dominant than I would’ve expected or feared.

My (positive) definition of politics is that it’s a practice of seeing the connections between the things we do, the world we live in, and our influence/power regarding both. Mostly I use politics in a negative sense to refer to the act that other do when they use influence/power to affect my/our life and refer to anti-politics as the activity that opposes this effort. But a positive politics is one that engages in questions and experiments with possible solutions rather than hypothesizing what other people should do with their lives. In a real sense it is what differentiates anarchist perspectives from others because ours prioritizes direct experiences (ours first) over sociological theories or good intentions writ large. Anyway, politics is a series of big questions that we should be thinking about in relation but in distinction from topics like prisoner support, corporate malfeasance, and identity.

Probably it isn’t possible to talk about big things with strangers but if it is possible I didn’t accomplish it during my presentation. I also didn’t accomplish much success with being funny or even particularly entertaining. I think the only thing I succeeded at was making a pitch to people who already were thinking along the same lines as I am. I succeeded at talking to myself.

To this end I think that future trips like this will look a lot more like entertainment or story telling than like a political frontal assault. Either I’m not very good at the latter or my audience isn’t capable of transitioning from the world, to a talk, to a conversation with me without a whole lot more preparation.

Or reading a lot more books. 🙂

3 thoughts on “This tour is over”