On our minds this weekend is the shadow of a new horrorshow of violence and war cast by the US Administration over the country of Syria. Six years into a Civil War that finally seemed like it was winding down there is word of another Sarin gas attack by Assad and now a military intervention by the US Military.

As anarchists we unconditionally oppose war. We do not deny that it occurs and that in its footprints lay destruction and possibility. The Syrian Civil War, in particular, has opened the very real possibility of a anti-authoritarian socialism in the form of a liberated Kurdistan. But that is a footnote to the thousands of deaths caused by this Civil War.

Our hearts go out to these people and our fury is reserved to all the heads of state, and their minions, that wage war on human life for nothing other than political gamesmanship and a sick value system that believes that the only way to defend human life is to destroy human life. 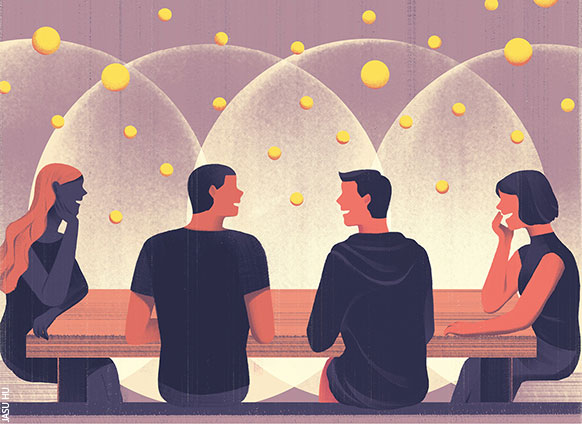 The past few weeks has brought an interesting conversation to the anarchist space. There are many ways this conversation has played out, as about specific individuals behavior, as to whether or not fascist entryism is occuring, or as a sectarian attack about, or considering, a particular political tendency being susceptible to manipulation. The details herein are extremely tedious and boring. The question is not. Here is how I read this question. Is it possible that a generational shift is occuring that escapes our capacity of understanding? Moreover is this change happening so fast that we as individuals, in the flux of this transition, are incapable of seeing, knowing, or controlling it as it occurs?

One of the challenges that anarchists face, when somone outside the milieu inquires, is that we both identify power in its excesses while having a vague attitude towards eliminating power. We desire an end to power but recognize that end would involve great horrors, in the form of the destruction of the state by way of its infrastructure and of violence towards human lives dependend on that same infra. We are expressing a anti/political position that entails a thousand unforseen consequences, most of which are probably authoritarianish and possibly horrible. The tension between political reality, as in how things work in the real world, and a dreamy desire for an anti-authoritarian world is real and any anarchist that denies it is either lying or hasn’t thought about it long enough.

In the old days (prior to the word anarchism-as-a-political-position) this topic fell under the auspices of the kind of sacrifices one had to make for the securities one received from the nation state. If one wanted health care, national security, and some care for the elderly and whatnot one had to accept, as part of a faustian deal, a type of contract usually called a social contract. Today we live on shifting sands. We cannot argue that there is any contract in place. We cannot count on health care or that we will be cared for as we grow old. We can only count on change. On flux.

Anarchism can be described as a simple position. It is a desire to live in, and work for, a world without the state or capitalistic exchange relations. But anarchists are not historical artifacts. We recognize that the world is changing and want to be part of that change. This means associating with what is here and now and not just a set of static first principles. Social media and the capacity to argue about everything, all the time, has meant that it is very easy for an author or an essay to associate things, taht are not otherwise similar, easily and to spread that false association broadly.

Name calling is confusing. On the one hand it is very useful to have conceptual tools (ie names) to understand people, positions, and our place therin. On the otherhand one has to have great trust in another person to trust that the way they use language, and names, is the same as yours. As an anarchist I want to trust other anarchists but also as an anarchist I have to realize that words and the gamesmanship around them is a kind of power relationship I want to be an active actor in and not just the subject to someones superior political savvy.