Finally a third one from a friend in OR

As the crisis of industrial civilization intensifies and the Biosphere becomes ever more fragmented, it’s clearer and clearer that those resisting the death march of Empire could use some truly radical analysis. Personally, we feel the world could use more explicitly anarchist analysis of our collective plight, strategic anarchist analysis that seeks the broadest and deepest change possible, involving the largest numbers of individuals possible. Yet most contemporary anarchist “theorists” insist on being endlessly discursive, absurdly prolix, in love with tiddling academic ornamentation for the sake of it, arcane on the surface but mundane on the inside, and above all hyper-dull. One is often left with a strong puzzlement over who and what this smug literary tiddling is actually meant for! 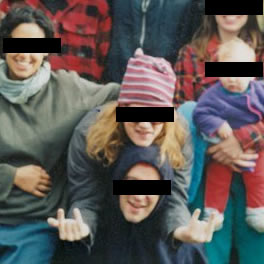 Intellectuals have (or ought to have) an obligation to communicate clearly, or else they automatically become a closed system, creating ideas solelyfor each other; the sheer complexity of their thought results in deeply unattractive formulations of byzantine dimensions that resist simplification. Without “simplification” (an admittedly lazy word choice) anarchist and other subversive memes are only ever carried by a high-brow cultural elite. This is a matter of comprehensibility, and our use of the word “simplification” refers to a process more akin to distillation: for ideas to spread they must be framed in an accessible fashion!

If we’re dealing with empowerment, then ideas need to be stated clearly. It’s authoritarian at the very least to expect everybody who encounters anarchist propaganda to do their own self-financed course in obfuscatory French philosophers before being admitted to the fold. To remove subversive ideas from the control of the intelligentsia they must be made more comprehensible to a wider range of people, especially overworked wage-slaves who may well not be interested in grinding their way through sadistically dull, neurotically overwrought post-modern windbaggery. A great many contemporary anarchist writers actually disempower their readers due to the sheer obscurity of their thought!

Fortunately for us, this is where Aragorn! steps in. Waging a one-man war on vagueness and ambiguity, Aragorn! recognizes that whatever language constructs are most efficient at getting themselves copied will also be the most effective replicators of the anarchist meme. To this end, Aragorn! smites down the shadowy phantoms of ineffectual intellectual dialectical detritus with his fiery sword of clarity: employing a dazzling, but down-to-earth, writing style and a straightforward precision not seen in anarchist thought since Louis Ling, Aragorn! uses the visceral power of everyday speech to bypass the analytical defenses of the overeducated mind and send atavistic emotions surging through his readers.

In a stunningly illuminating prose that is neither circuitous nor self-indulgent-a prose that can best be described as elemental– Aragorn! reveals himself to be a sworn enemy of obfuscation and tedious, doctrinaire talk, unleashing word-combinations that strike not at the conceptual excesses of the post-modern intellect but at the very core of the human soul! This is not to say that Aragorn! attempts to speak in a “pseudo-populist” vocabulary or tones down the subtlety of his ideas for mass-market consumption, it’s just that he never leaves any room for misinterpretation and die-hard fans and casual readers alike always know exactly where he stands!

Well Aragorn!, by now , after the battering you’ve received this evening, I’m sure you could use a supportive, healing hug from someone. But unfortunately for you, Sunfrog doesn’t seem to be in attendance!