I am a member (in good standing, with a membership card and all) of the longest running (defined by volume of meetings over time) anarchist group in North America. The Berkeley Anarchist Study Group has met every week for at least the past 14 years. I have been involved since the first conference that the group put on 11 years ago. The structure of the group is simple. At 8 pm (on the dot) every Tuesday evening somebody starts the group by clearing the verbal clutter in the room with the simple exclamation “Announcements!” 10-15 minutes of brief announcements and report backs ensue with nods towards activism, consistent local events, and group activities. The next hour and 40 minutes involves every permutation of approaches towards textual (and visual) anarchist material. At 9:50 the discussion turns towards what next weeks reading will be. Recently we have been focusing a bit more on having thematic months of discussion (technology, Camatte, and introductions are all upcoming months) rather than just planning for the next week. 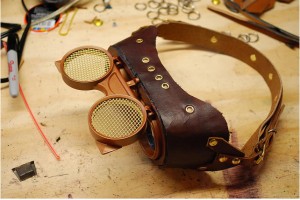 The reason the ASG can happen is because

It used to be that the political orientation of the ASG was a central concern. The founder of the ASG is one of the editors of *Anarchy: a Journal of Desire Armed* which obviously informed the politics of the group (he has since left the group). More than politics though, I would say, the original group had an orientation towards readings of history (anarchist history first among them) and the current group has a serious orientation towards philosophy (Continental), that frames the conversation. I imagine this philosophical orientation would be hard to break up.

But perhaps the harder instinct to break up, and one that is frustrating me lately, is a studied lack of interest in conversations around application. This is purposeful and appropriate on so many levels that it is hard to want to shake the foundations of the ASG in particular, so I have a proposal that I’ll get to at the end of this post. But the context is important and the reason the ASG is so fundamentally anti-practical is because of the toxic activist environment here in the Bay Area. Every ASG member (there have been a few exceptions but none of the regulars) has passed through (traditional) activism on their way to the ASG. We are damaged people, damaged by the horrorshow that is the existing order and those who would replace it with an equivalent nightmare.

The reality of realpolitik is one of compromise and manipulation. It would be hard to define it, especially as an anarchist, without using words like negotiation or subterfuge. The study group is repulsed by all of these things. It is pure that way. But the end of this world will involve impurity and the study group is not enough.

Impurity isn’t the same thing as compromise, but the line has to be discussed; among peers, among allies, and even among critiques. More pointedly there is discussion-as-action which is real, has changed my life, and I see many of my friends suffer for not having access to it but there is also something-else-as-action that I still crave. I’ll call it by a different name that will shade it in an older distinction. I have a desperate desire to do more experimentation and lack the type and tenor of mad scientists I would like to do it with. I am going to call this new formation a think tank, where ideas are formalized along with an urgency to reality check those ideas through rigorous intentional implementation and attack.

When I say attack I don’t desire a temper tantrum but galvanization. I want to take things I know, I understand, and find interesting and impregnate them with more capacity. I want a group of people who not only have good ideas and some patience with failure but enough bravery to be scalded by hot things and not run away.

2 thoughts on “The Study Group and beyond”